The holiday season is upon us.  You are decorating and setting the table.  You bring out the candlestick holders and pop in the candles.  You walk by the table and the candles are crooked. You remember you meant to try different size candles this year to avert the problem.  Why do you always have this problem? And why does it always happen at such inconvenient times?

The answer is not bigger candles.  Nor is it rings to put your candles in as I have also seen advertised.  It is also not dripping candle wax in you candlestick holder. The answer is a simple spot of sticky wax about the size of a dime. 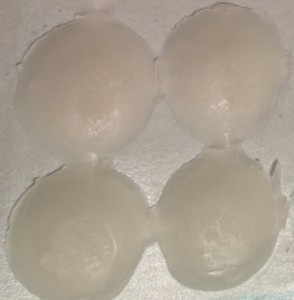 There are various companies that make it. It can, however, be difficult to find.  This difficulty exists for several reasons. One, most places do not sell it.  Two, you have no idea where to look for it. Three, you have no idea what to call it. Four, many places that sell it have sales staff that do not know what it it is, or that they have it. Five and fnally, around the holidays it is in high demand and often sold out.

These wax buttons are called several different names including: adhesive wax buttons, candle stabilizers, and candle anchors. Some companies also call it a wax candle adaptor.  I also came across another product called stickum, candle adhesive which I have not used but operates on the same principle.

Once you have it, simply place a spot in the spot for the candle.  Then just insert the candle and line the candles up as desired. Problem solved. 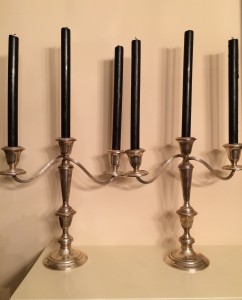 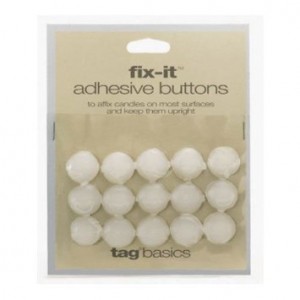 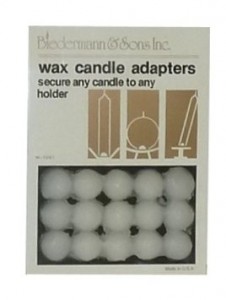 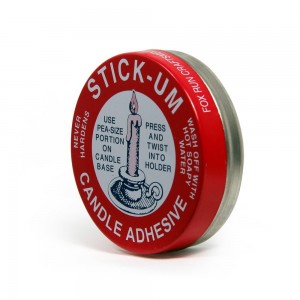 Note: Given the difficulty I had finding these, I bought several packets. You may wish to do the same.

Feature image:  Candelabra by Gorham in Sterling.  This is more of an investment piece. It is not only gorgeous but also extremely versatile.  It took me a long time to find one this versatile as most are fixed.  It is composed of 4 different pieces so it can be converted from a pair of triple candelabras to a pair of single candle stick holders.  The center of the base comes in two different sections so one or both can be used and which is on top and which is on bottom can also be switched for different looks as well.  This makes for 9 different gorgeous configurations. As it is sterling, it is solid silver so you need not worry about hitting a base metal.  It can always be polished to a sparkle.  As you have also seen in several prior posts it goes well with any look from spooky to elegant from casual to formal. 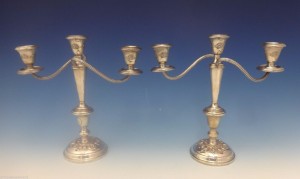 One comment on “Pro Tip: Getting the Candles Straight”