One year one of the girls picked up the slice off the bottom of the Christmas tree, put it in her pocket, and brought it home. It had a hole in the center from where the tree had stood on the stand in the lot. The girls decided to write their names on it, take a ribbon off one of the presents, and hang it on the tree. In the beginning writing skills were just developing as you can see.

In 2005 only the oldest could write, so she wrote her sisters’ names. 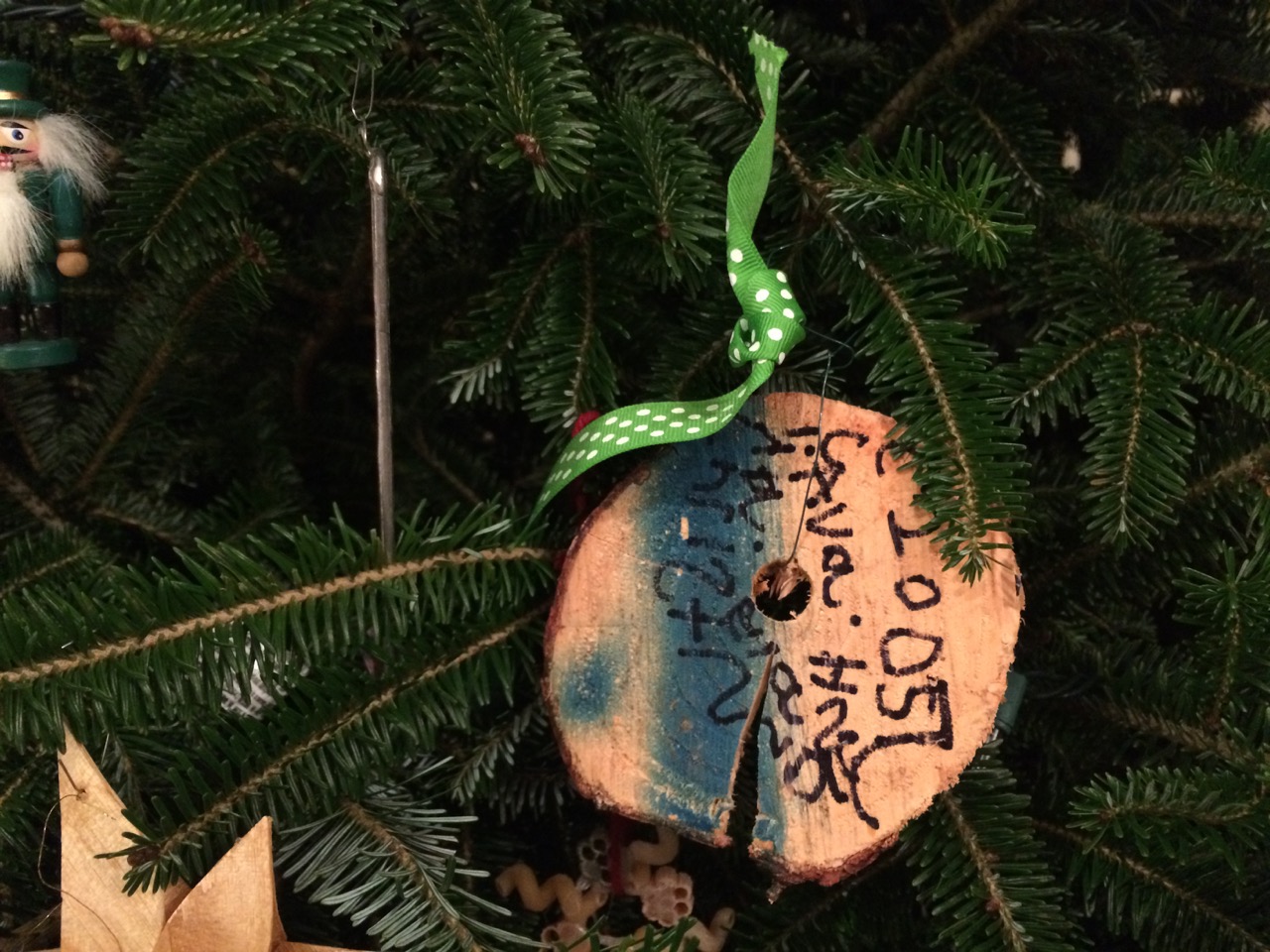 By 2007 the middle child felt she was old enough to be in charge. She felt like she was pretty big stuff as in school she had learned to abbreviate her name with her initials, no going back to that baby stuff of writing her whole name for her anymore. 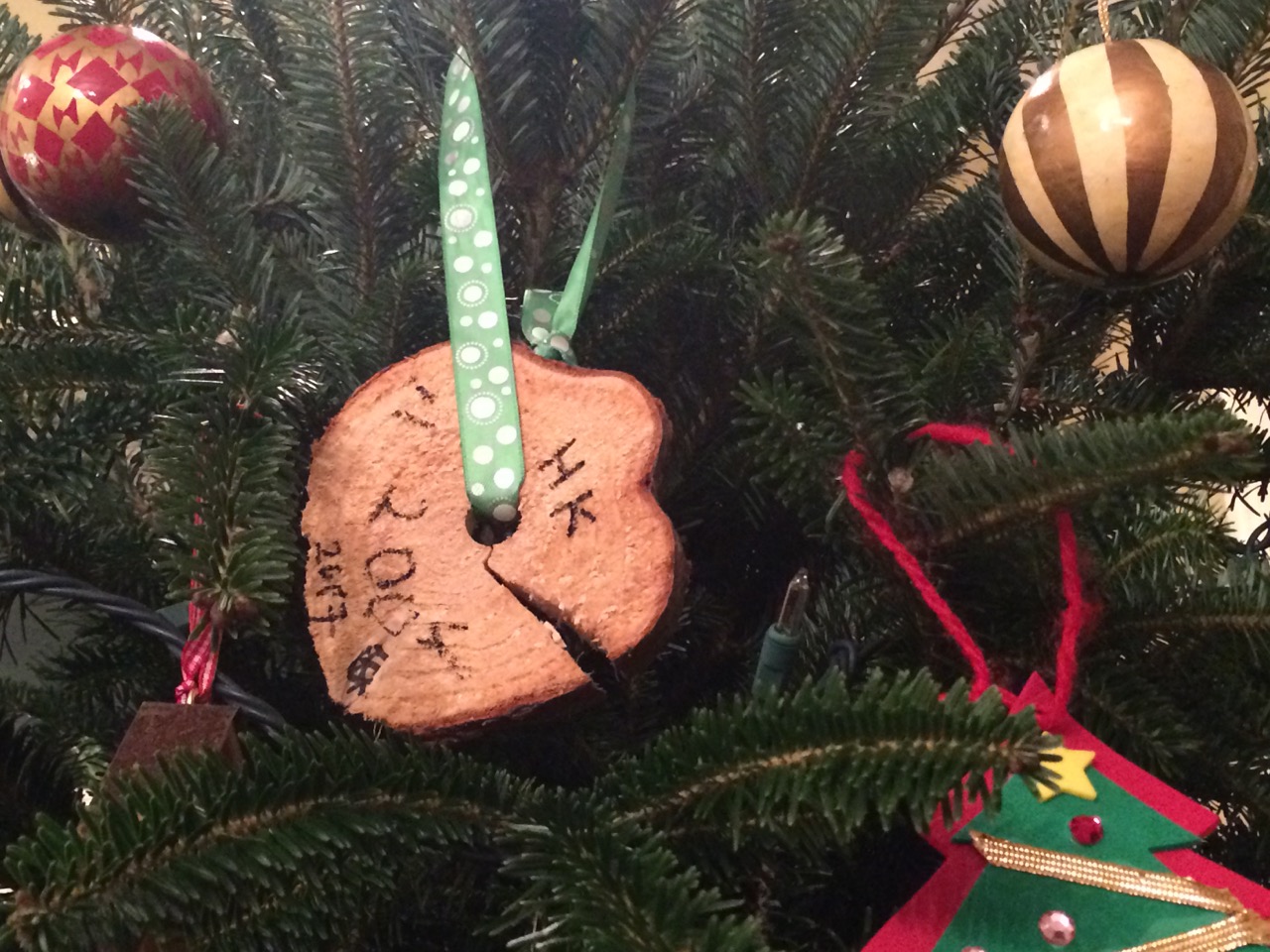 In 2010 the youngest felt she should carry the torch. 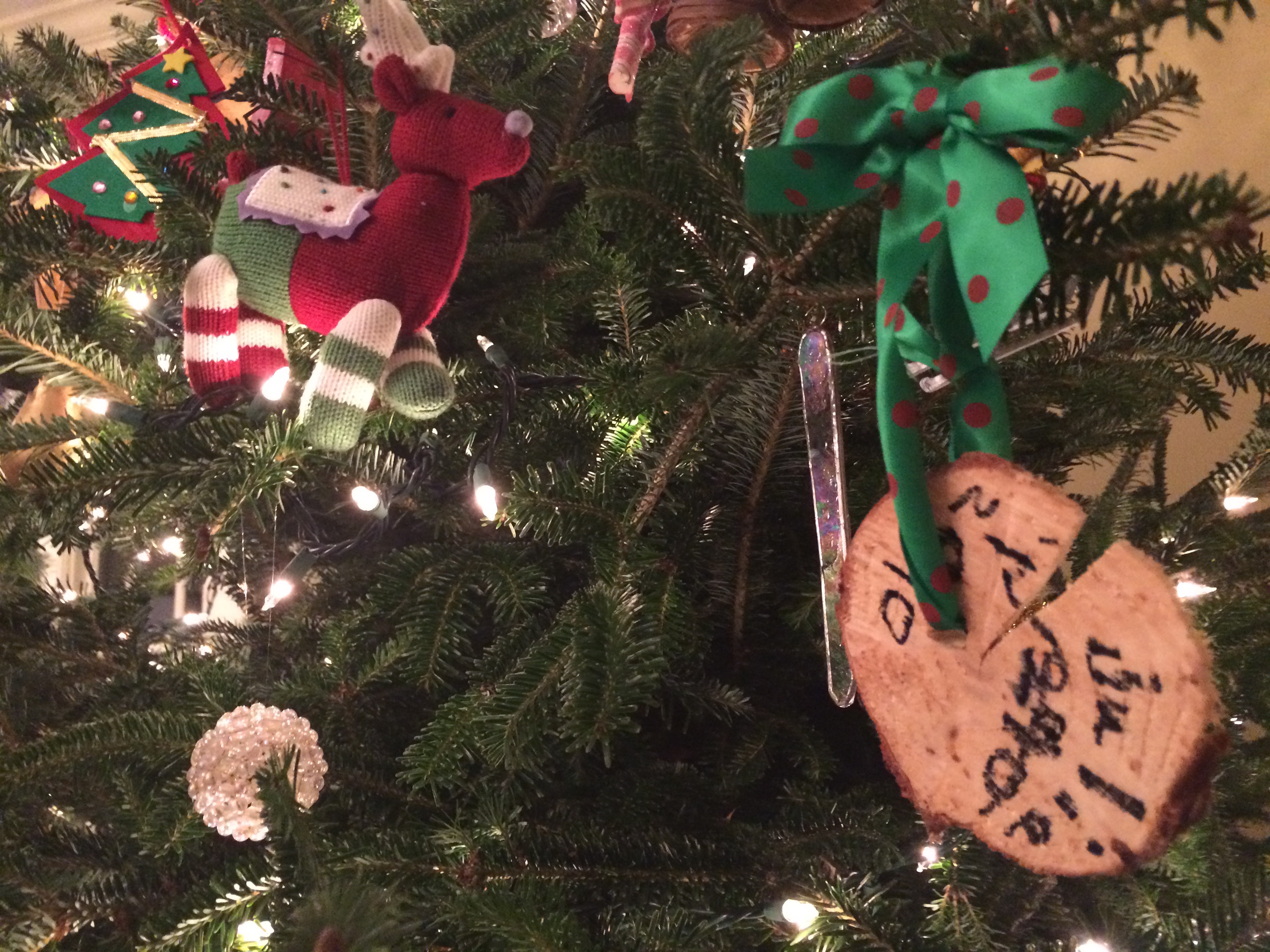 Still working on the letters in 2011. 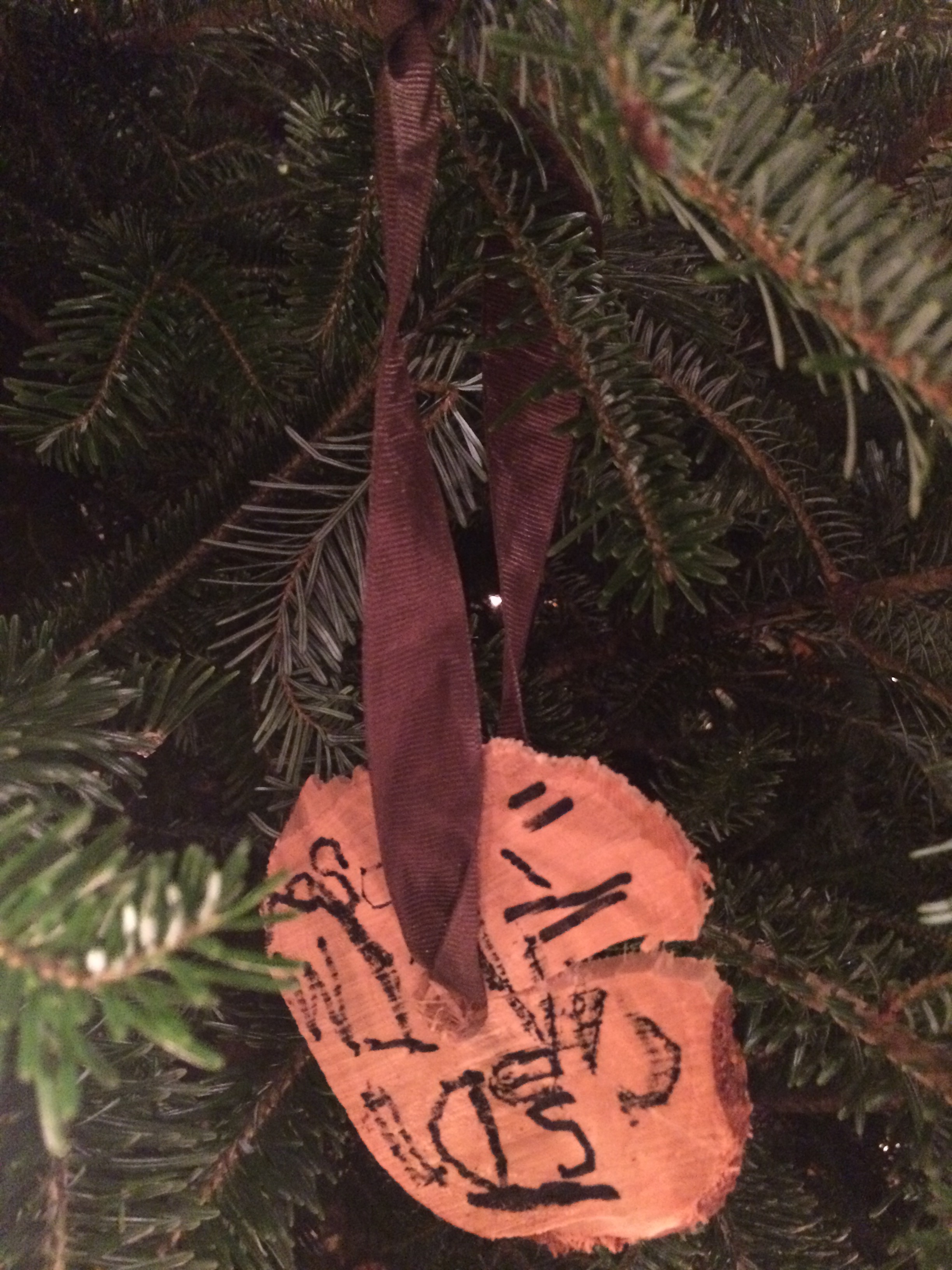 In 2012 you can see the slice off the bottom of the tree was quite thick. At first we thought about slicing it in half. That clearly never happened. We now use this as a balancing ornament. Whenever a limb needs to be weighed down, this is the ornament we reach for. It ended up working out well. 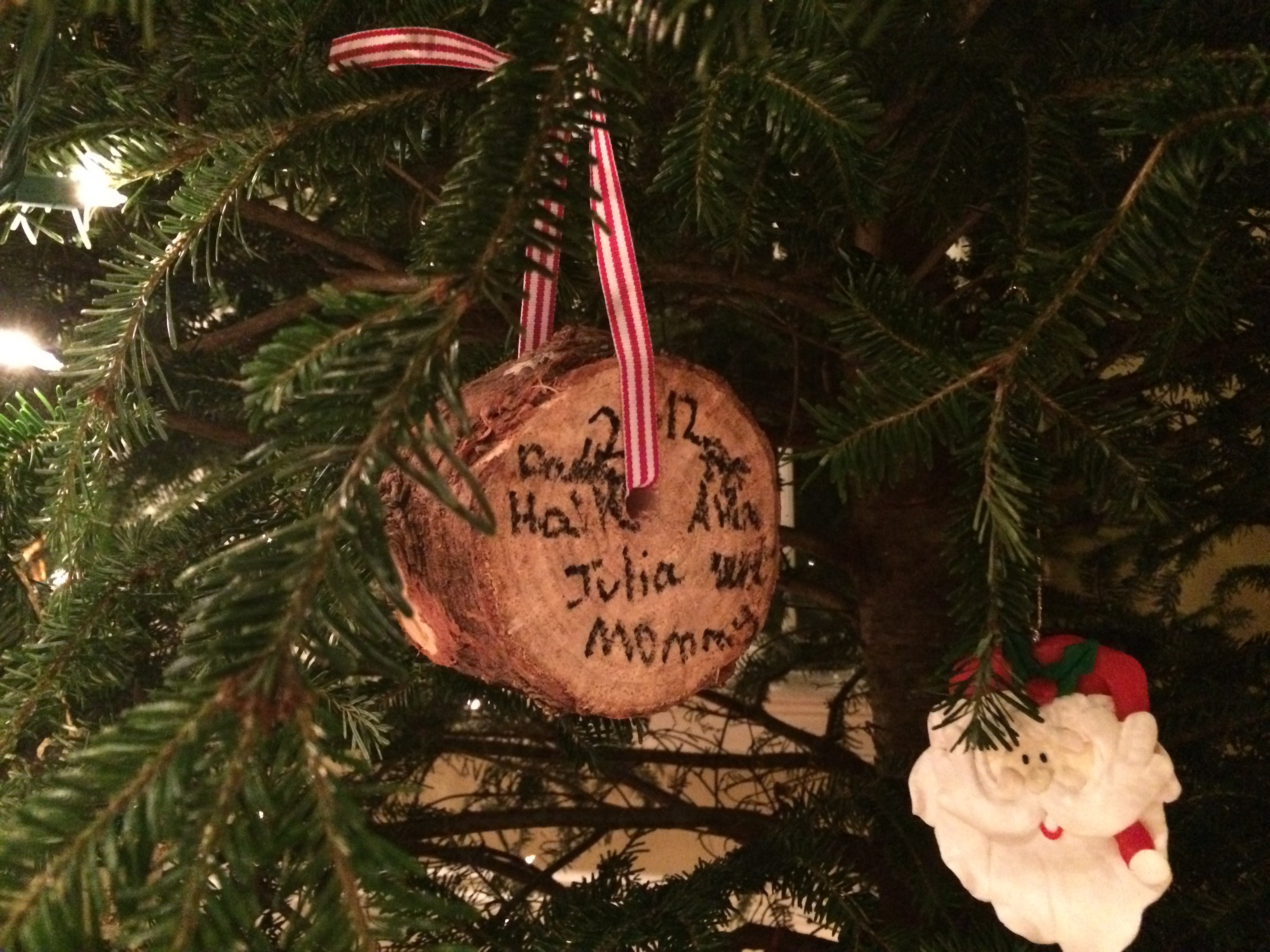 If a friend or family member is present when the girls work on it, they sign it too. You can see in 2013 cousin Sophia was with us this particular day. 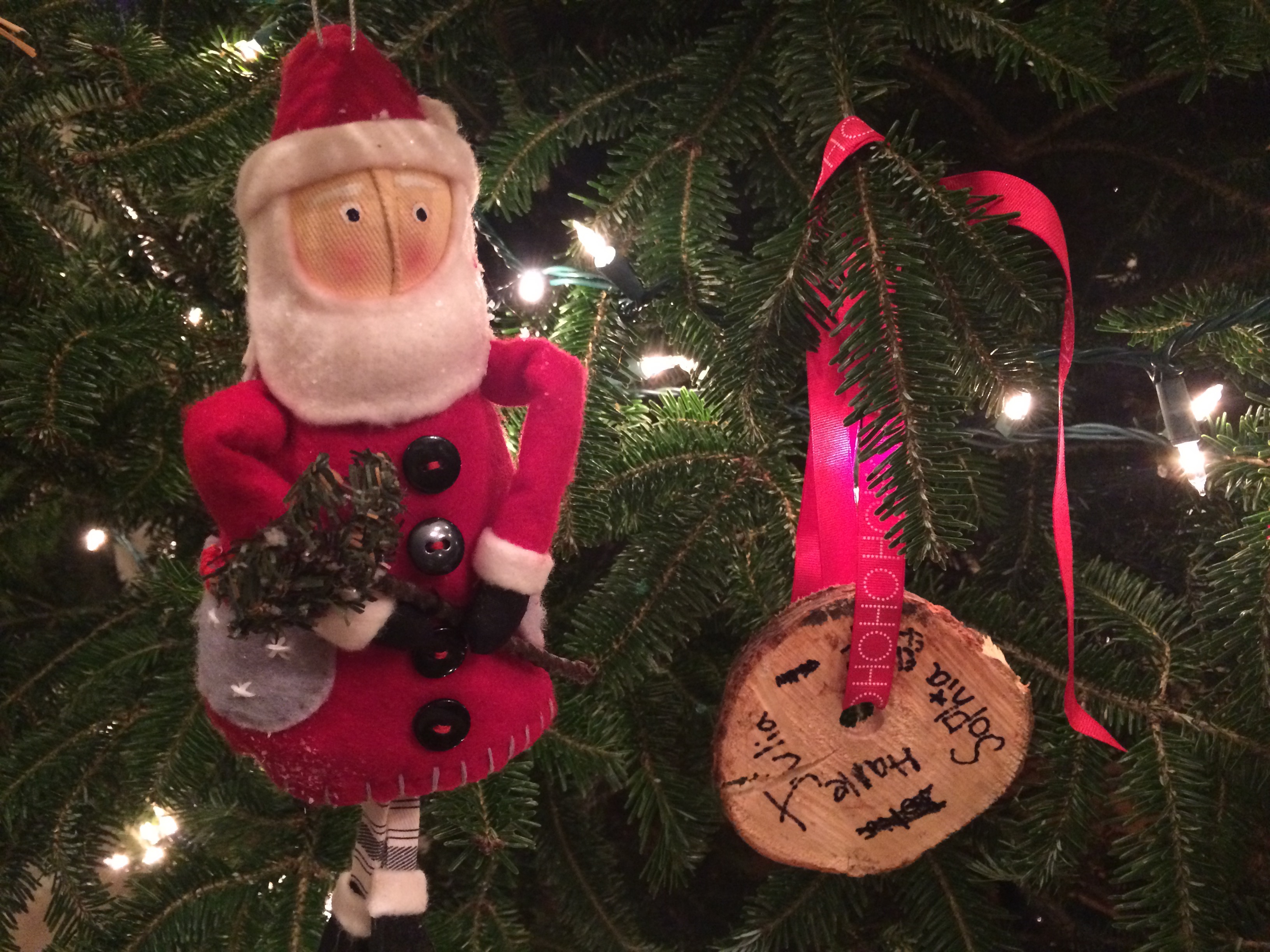 As they have gotten older, this year everyone signed with something of note for the year. The oldest wrote that she placed in the state track meet as a Freshman. The middle wrote that she earned first seed on the tennis team. The youngest was excited that we got our first orange. I signed with Elegant Inspire Living (EIL) for the first year of the blog. My husband wrote Trump, we are not exactly sure why? It is interesting how a child picking up a wood chip and bringing it home can start such a tradition. 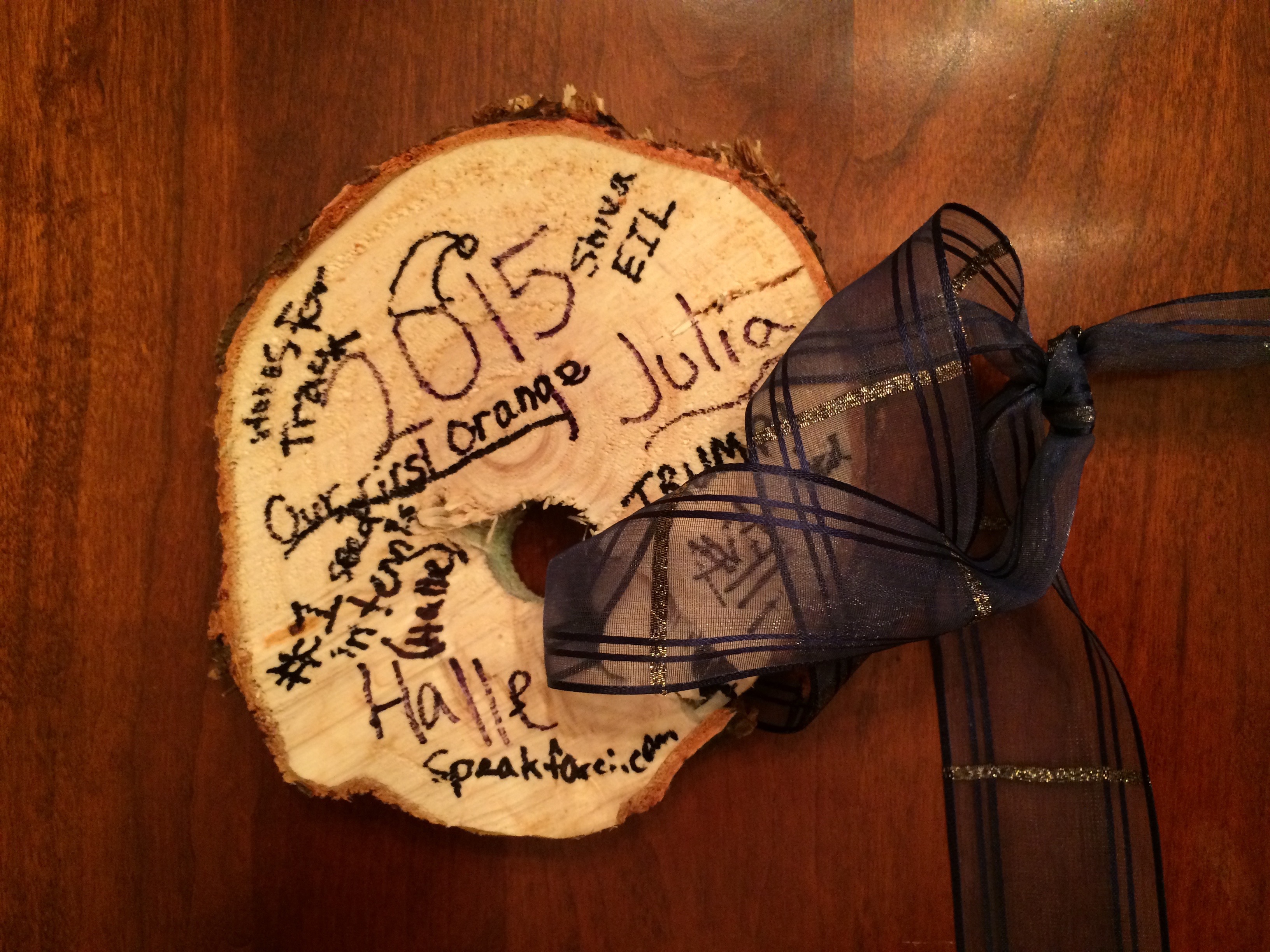