So often we send our children off to school, and secretly worry about the ‘Freshman 15’.  That is that by eating cafeteria food at school, our children will invariably gain 15 lbs their freshman year. 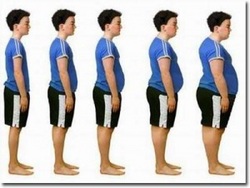 Our orientation visit put that fear to rest. My husband, who for better or for worse, can eat just about anything, called the fish in the cafeteria inedible. 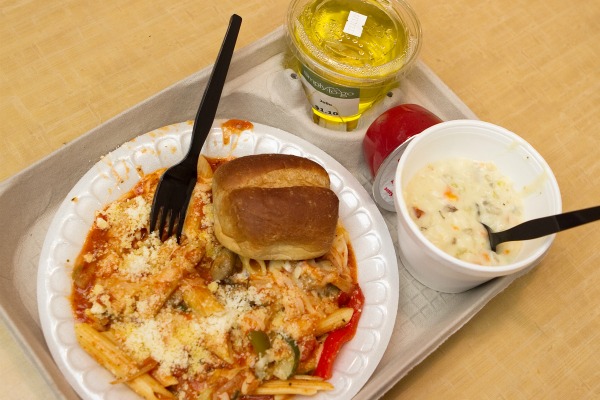 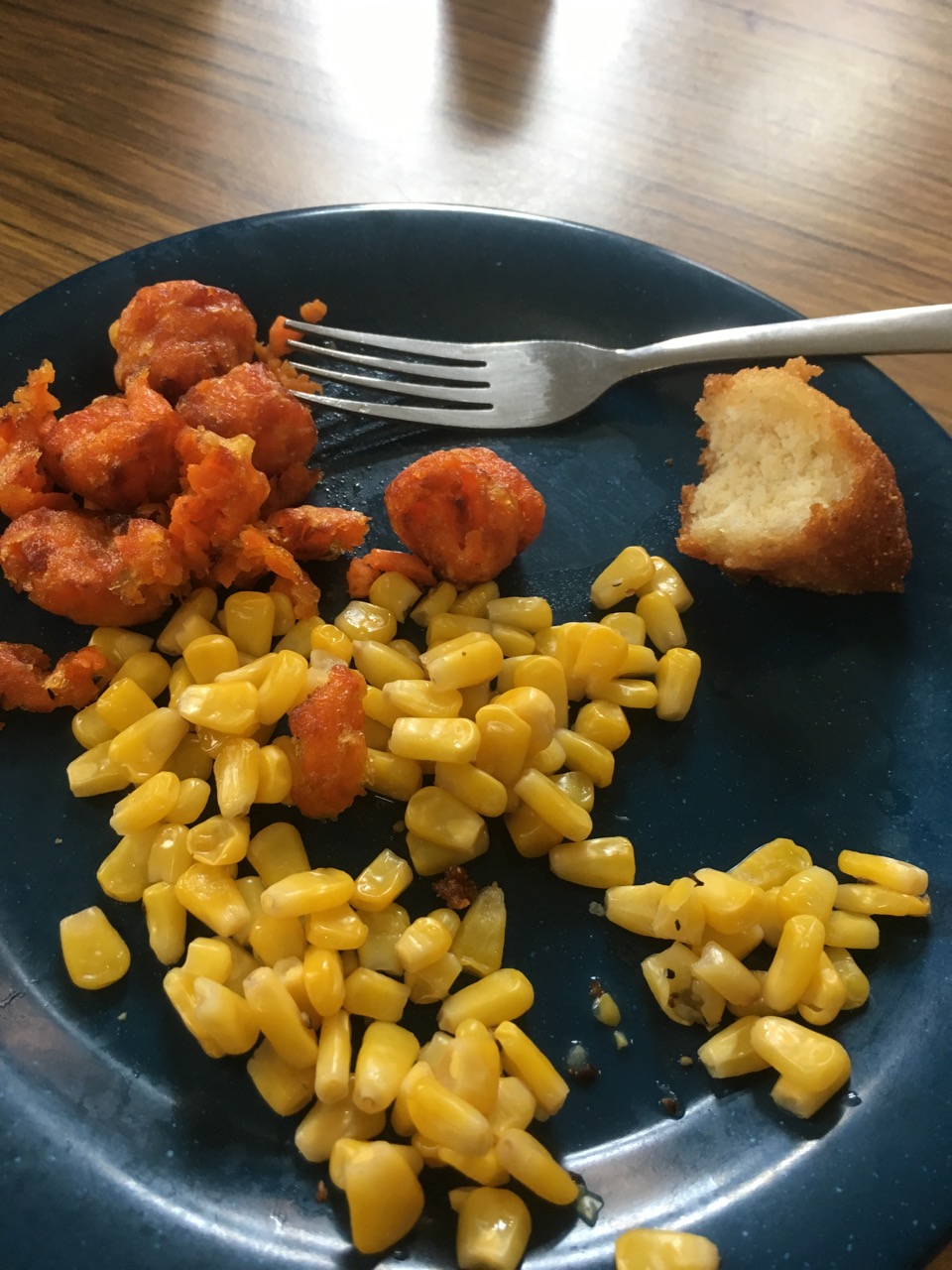 Although earlier in the summer, my daughter’s future roommate said she had a fridge she would be happy to share, it quickly became evident that this fridge might well provide a major part of our daughter’s sustenance. Thus, we set about finding a fridge on the fly in the middle of move in day.  As we realized she may need to have a way to store some frozen meals, we looked for a dorm fridge with a freezer. We checked all the usual suspects with my husband driving around a new town while I was on the phone calling the stores. We went to Costco, Target, and then while looking for a 16′ surge protector, a story in and of itself, we found the perfect dorm refrigerator/ freezer at Home Depot. If needed, amazon also sells the same fridge which can be sent to your dorm for ease of transport. 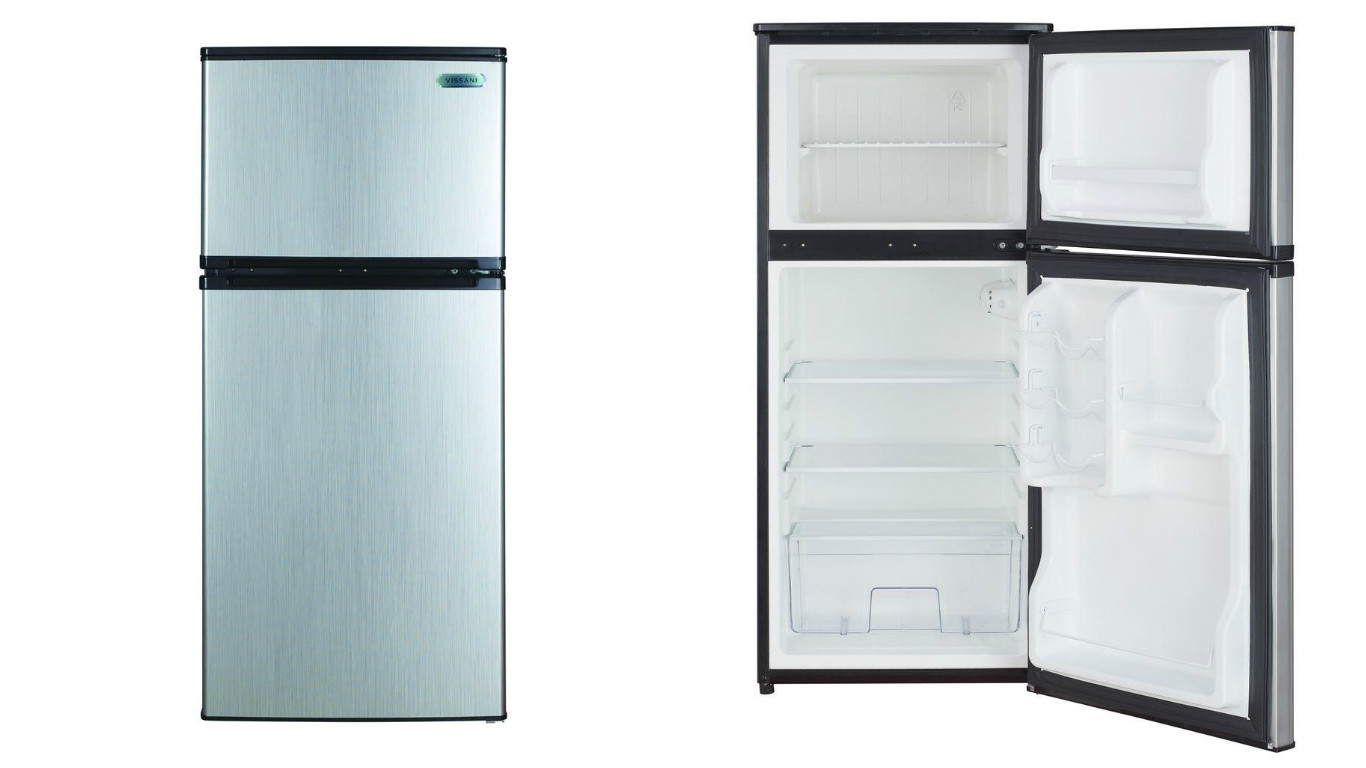 The next question became what to stock the fridge and freezer with.  She needed some nutritious foods to be able to reach for when the cafeteria fell short.   Things that were healthy, but no fuss.  Also things that would keep well. 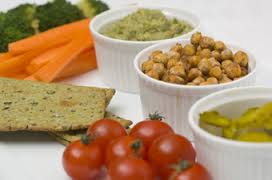 Produce was an obvious choice as the cafeteria seemed to enjoy some slightly soggy vegetables. So we got clementines as they are easy to peel and eat and keep well, some berries (don’t forget the collapsable colander– see post what to pack for college/ dorm life), and bananas. 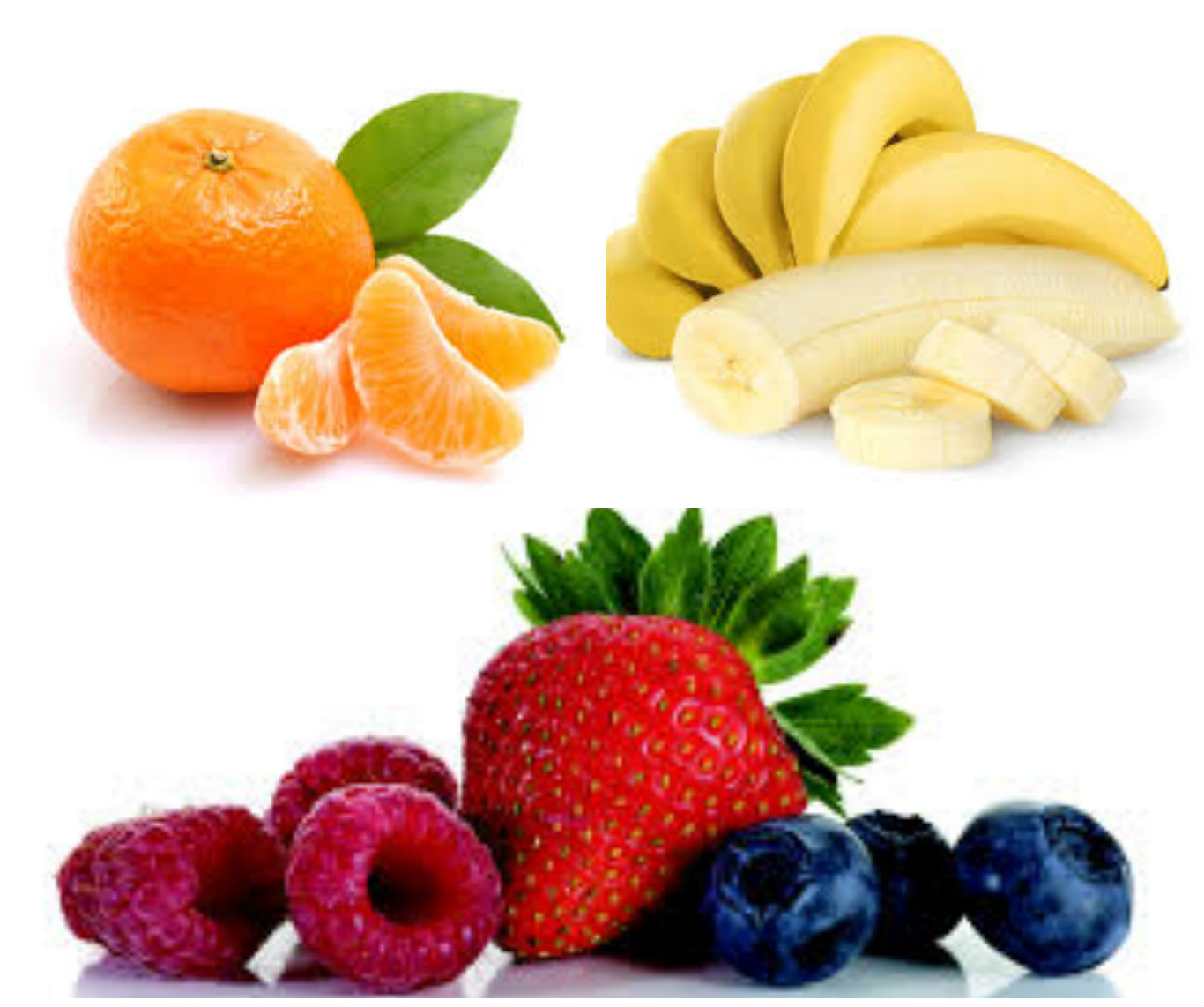 Milk to go with the morning cereal and hot chocolate , or steamed milk in the milk frother that the grandparents got in my daughter’s case. 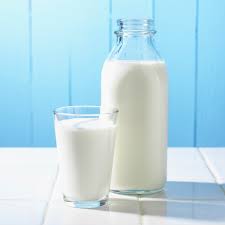 The protein was the most important food group but harder to manage with only a microwave in the hall lounge.  we opted for some freezer meals, this freezer easily accommodated 6 lean cuisines, plus ice cubes, etc.  The frozen meals are nice because they list the grams of protein right on the front of the box so you can pick flavors based on the highest protein count. 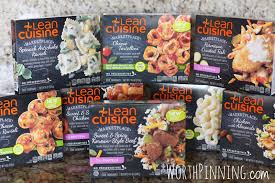 Assuming a few times a week the cafeteria would be edible, and an occasional weekend night out, this could provide up to two weeks of meals. For additional protein sources, I packed the fridge with yogurt. I got quart size tubs of vanilla to mix with the berries for a snack, and plain yogurt to make a savory snack. 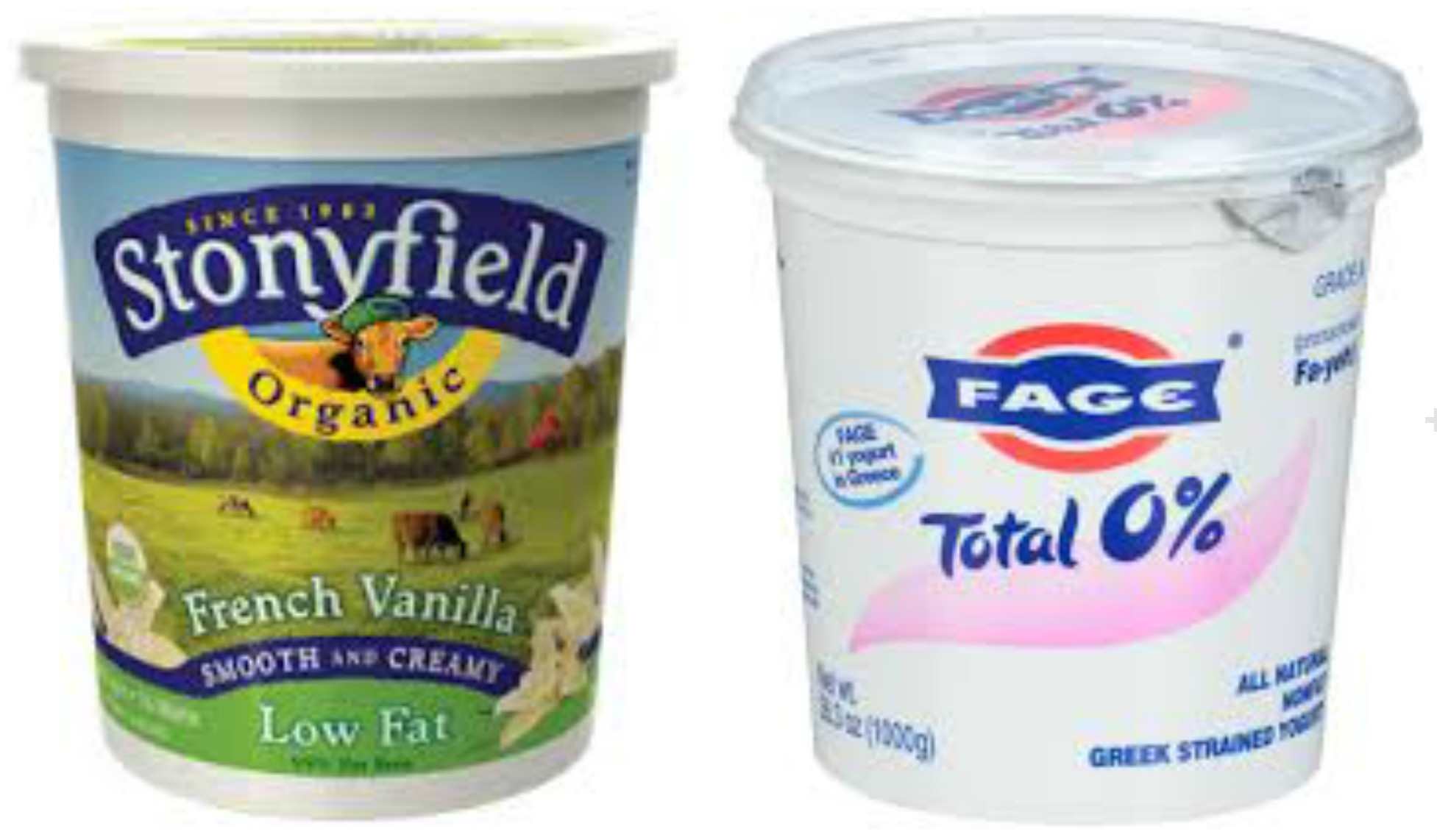 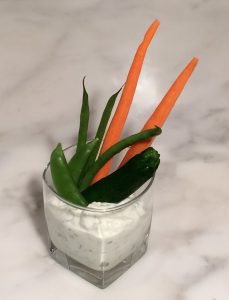 Then I filled in with small portable single size flavored yogurts to have as a snack on the go. 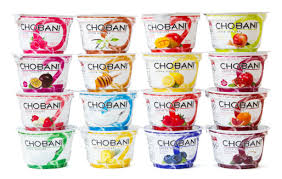 We also threw in some cheese sticks for good measure. 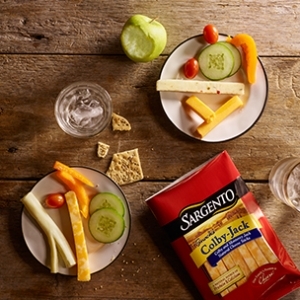 For as the chart below from Sargento illustrates, it is a nice source of protein.  While we like humus, given the high fat and low protein ratio as well as lack of portability and limited shelf life, the cheese sticks definitely win out for limited dorm fridge space.  (I will also post for non perishable foods on an upcoming post.) 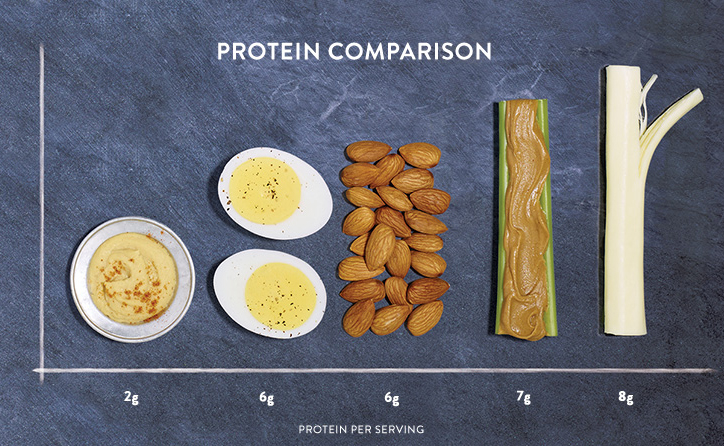 Now I feel better, that if the cafeteria falls short, or track practice runs late, she has some healthy, easy to consume foods at her fingertips without having to venture much farther than the lounge microwave. 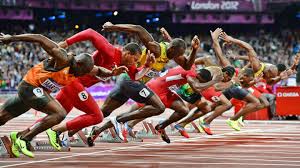 Below are some of our recent finds, if you are interested in a particular item, there is an embedded link in each picture below to make it convenient for you to click on the item and get in time for your next move in or break ‘spruce up’. Also listed is a 16′ surge protector if your dorm does not allow extension cords, but fails to tell you ahead of time, so you don’t find yourself with a fridge you cannot plug in!

Note: the milk frother was a gift from the grandparents as she missed the steamed milk the expresso machine at home made. She has not yet received it as of this writing, we will let you know how it is. 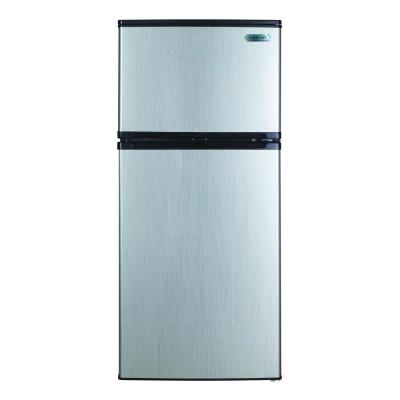 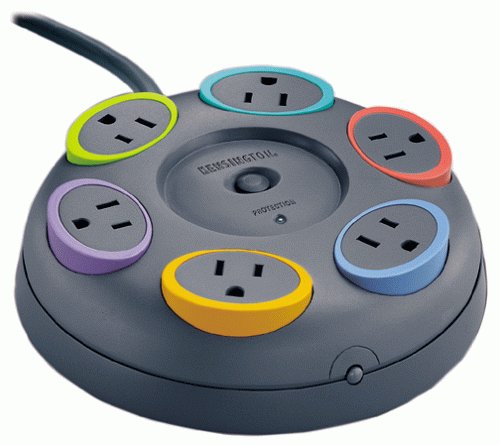 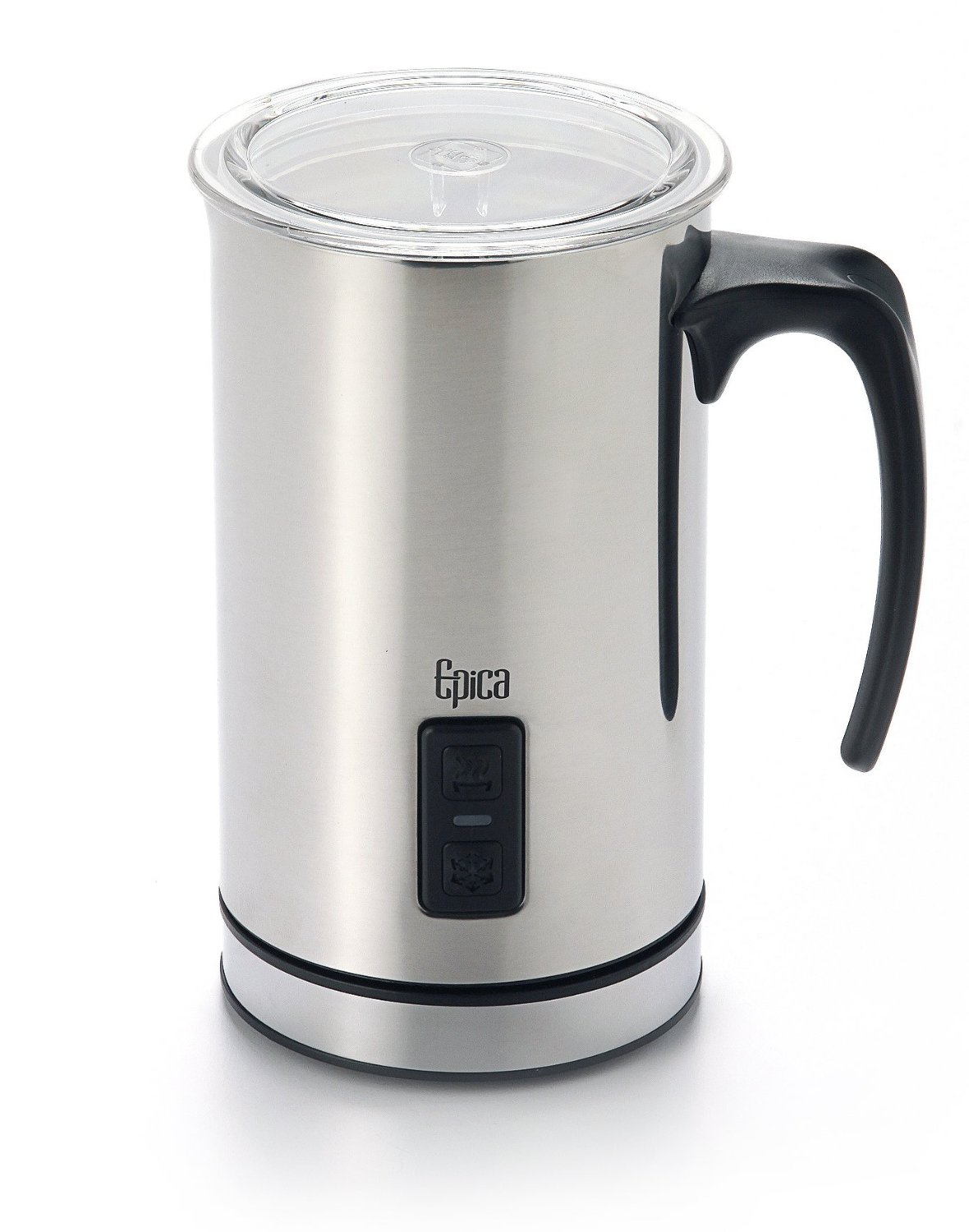 Images other than mine, courtesy of eatforhealth.gov.au,  cafeteria food, foodntv.