I have been wanting to visit the Galapagos as long as I can remember.  It is a toss up what has drawn me there more, the pristine beauty, the wildlife, or the history. It has taken several tries to get this trip arranged as Ecuador has strict limit on the number of boats and travelers that it allows. Also being a family of 5, few cruise lines offer accommodations for a group this size. Most lines only allow 2 people per room. As a result we ended up realizing that we needed to book a year in advance unless we wanted to book 3 separate rooms. After a lot of research we narrowed it down to Silver Seas, Celebrity, Quasar, and National Geographic. Ultimately we choose Silver Seas. It was fantastic as you will come to see.

We flew from Miami to Ecuador. As we approached our destination, the view from the plane window was just spectacular abounding with verdant greens on the mountainous terrain. 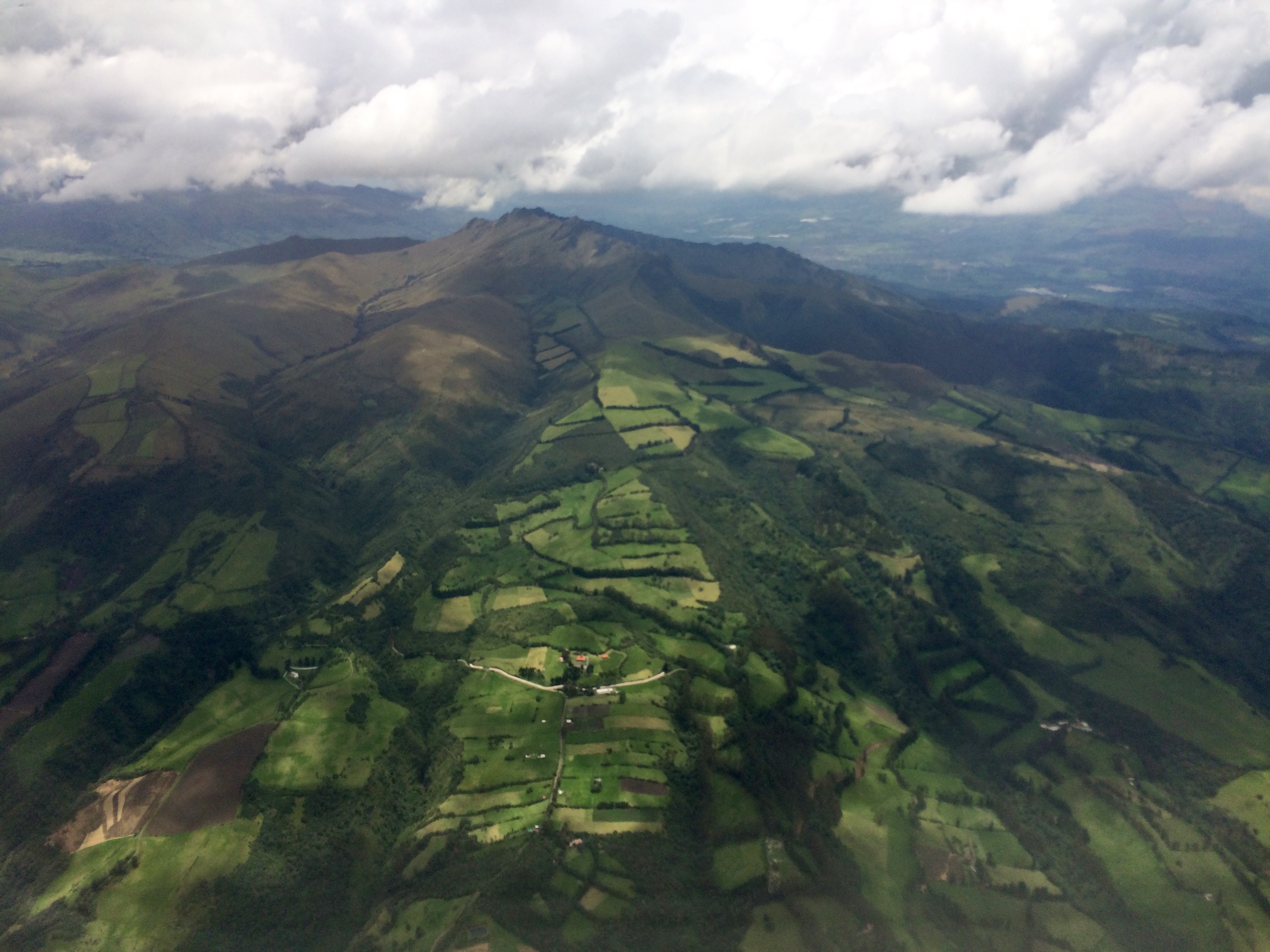 We landed at the airport in Quito, the capital of Ecuador. At the airport was a driver with a sign with our names who took us to the hotel.  The girls took a Siesta while the adults embarked on an adventure to try to repair one of the girls cell phones (read camera) which broke en route and we had a bit of an adventure addressing it. As a result, we opted to skip the Equator museum. We later regretted that decision to skip the museum as it had lots of fun science experiments to do that could only be done on the equator. If we took this trip again, we would definitely go.

As part of the travel itinerary, we had a nice 2 hour bus tour of the city included. It is a mountainous city, and since I had not read about it, was different than I expected. Below La Virgen De Quito sits atop a hill, El Panecillo. 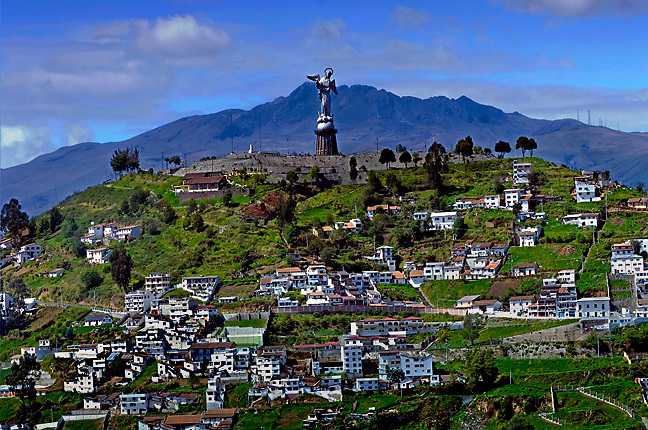 It was more urban than I expected. It has a population of over 2.6 million people. 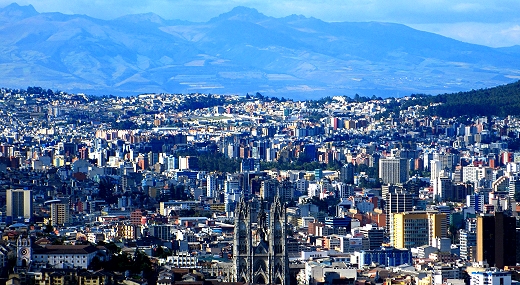 It is also steeped in history. Founded in 1534 on the ruins of an ancient Inca city, it was the first city to be named a UNESCO World Heritage Site in 1978. According to UNESCO: “The city has the best-preserved, least altered historic centre in Latin America.” Below Plaza de la Independencia or Independence Square. 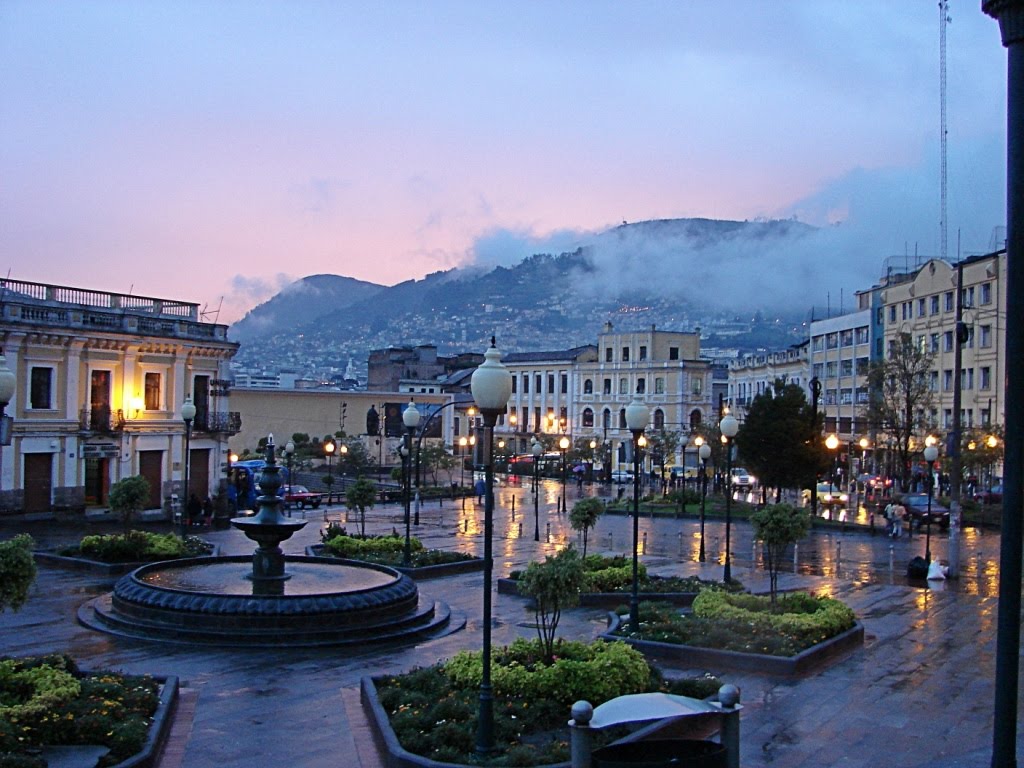 The picture above was taken at dawn and thus looks desert so I am posting it to show the architecture, but the picture below is how it appears during the day. It is filled with locals enjoying musicians, magicians, and street performer, as well as tourists. 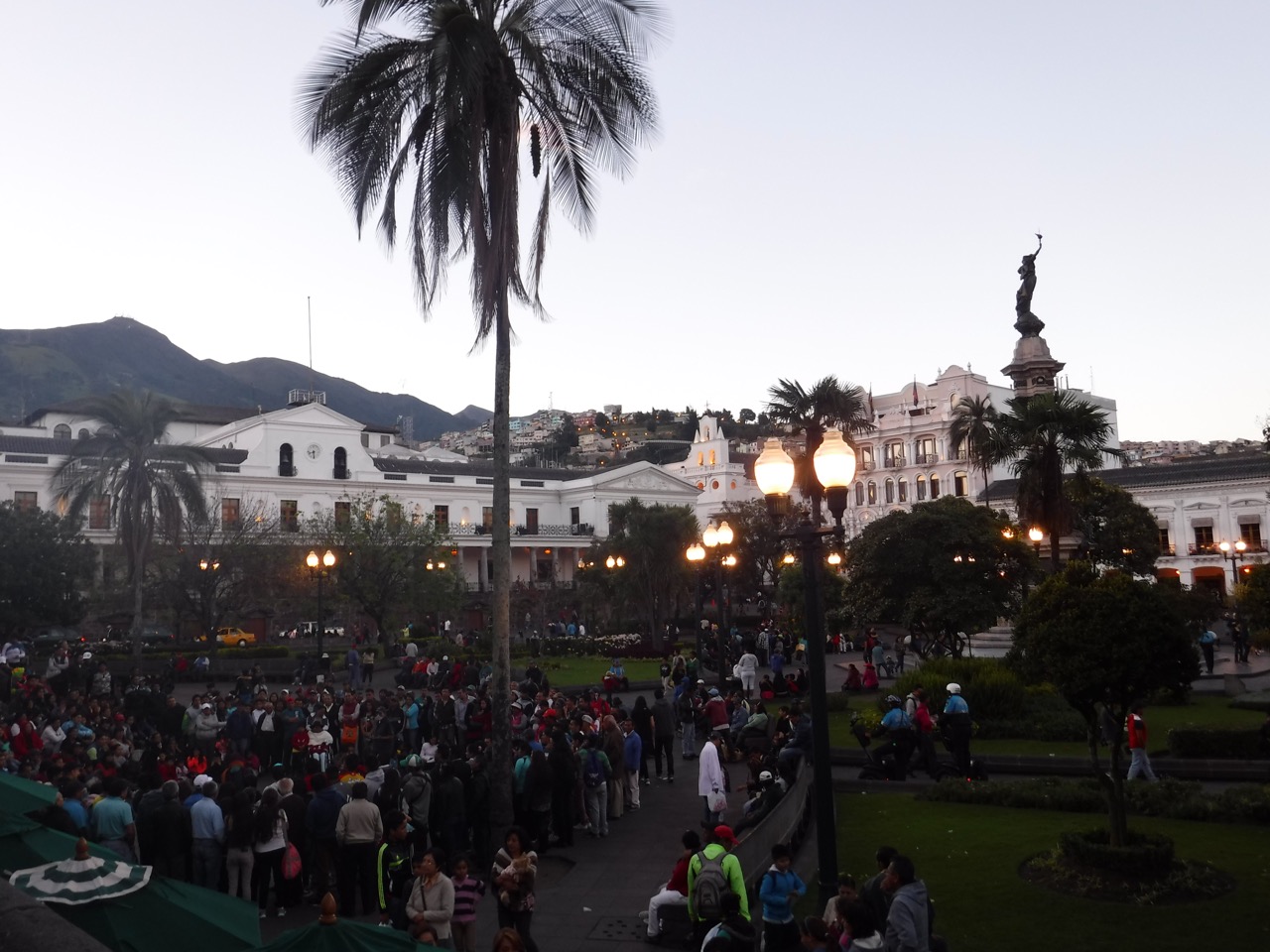 The Archbishop’s Palace was built in 1852. It has been renovated several times and is now home to a variety of shops, galleries, and restaurants. 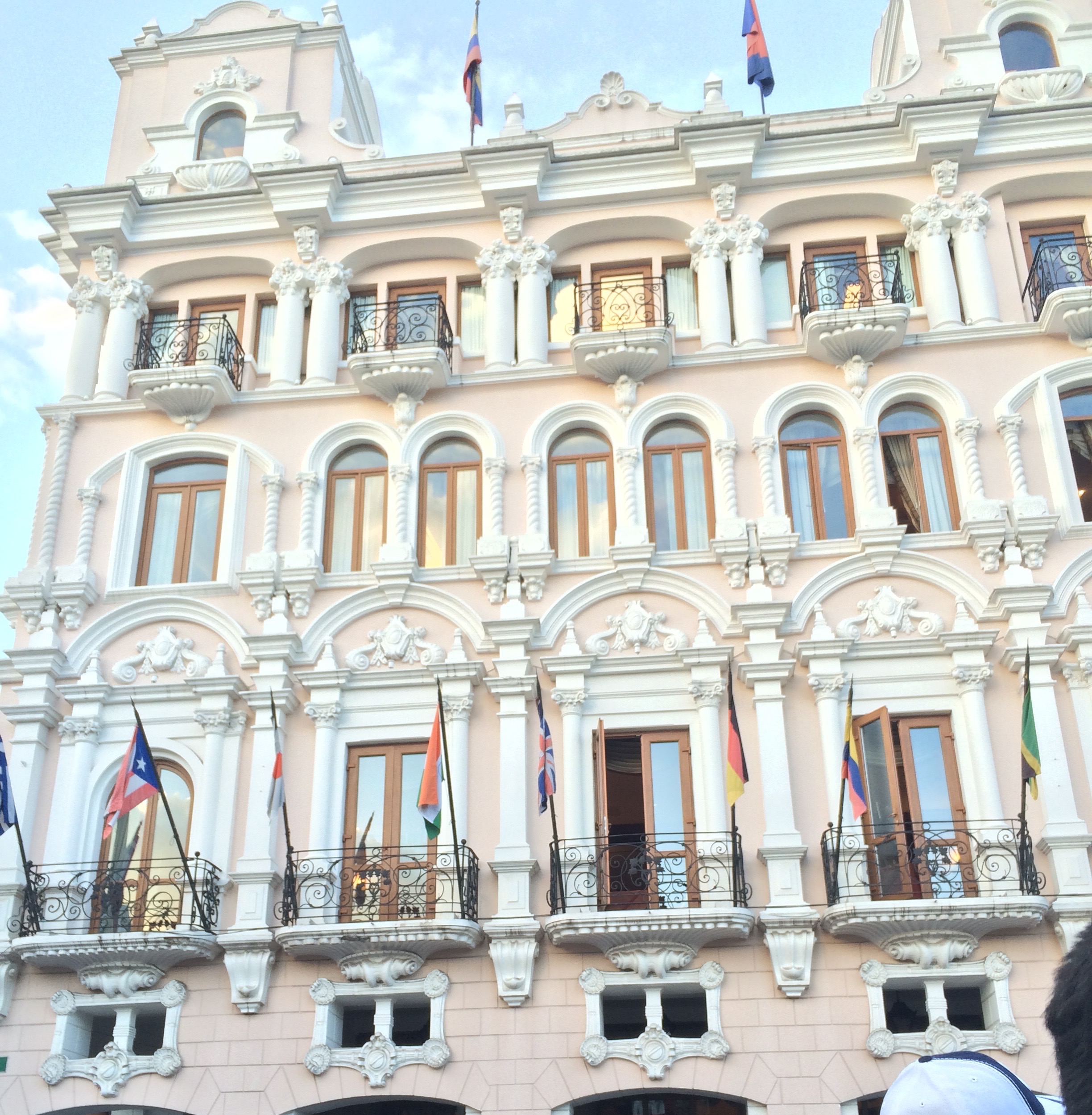 The restaurants were composed of old world architecture and new age skylight so you could enjoy the beauty of the outdoors without weather related inconveniences in the hotel La Casona de La Rhonda Heritage Boutique Hotel. 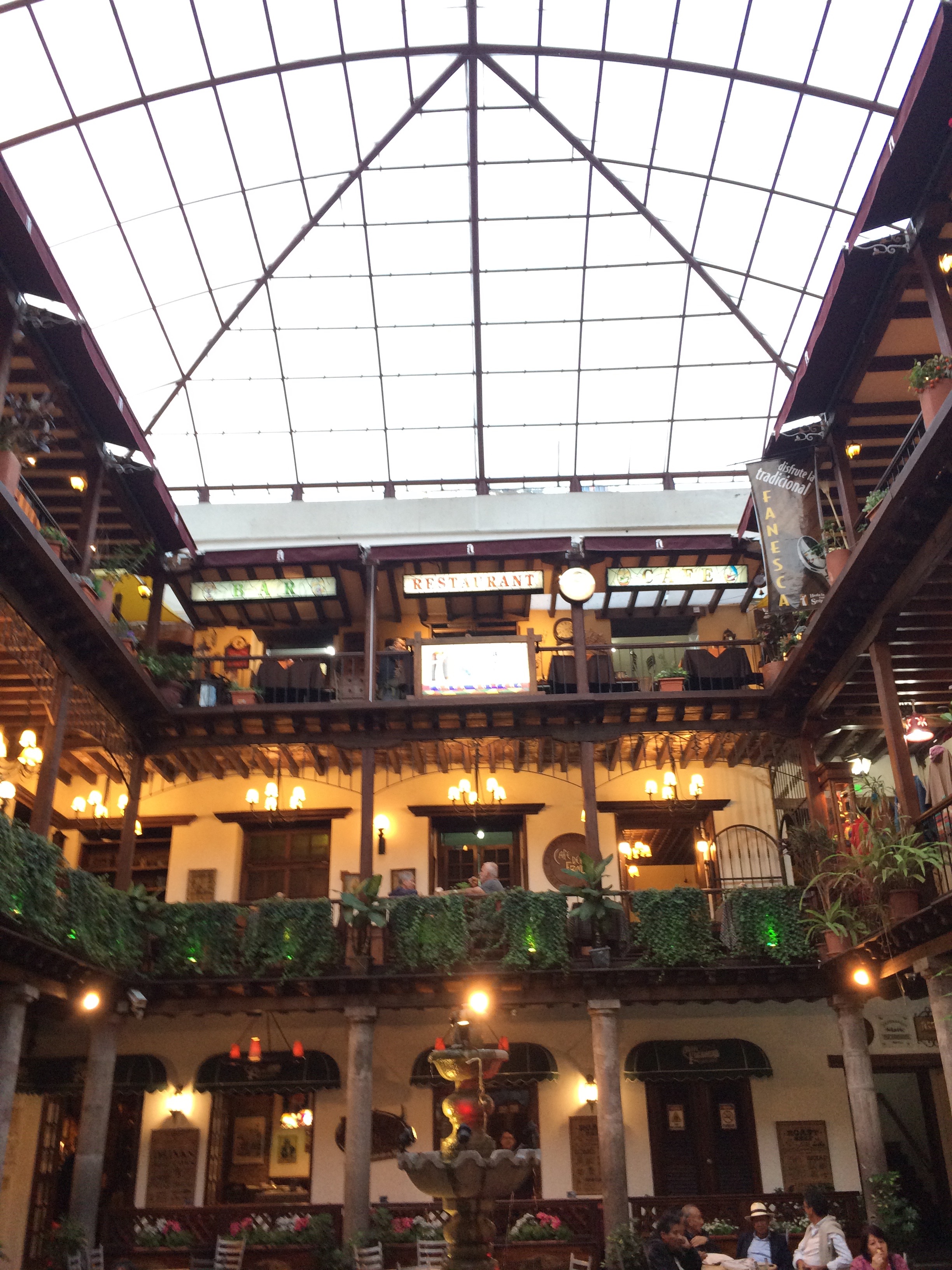 Basilica Del Voto Nacional is so massive there is no real way to even get a small portion of it in one photo. 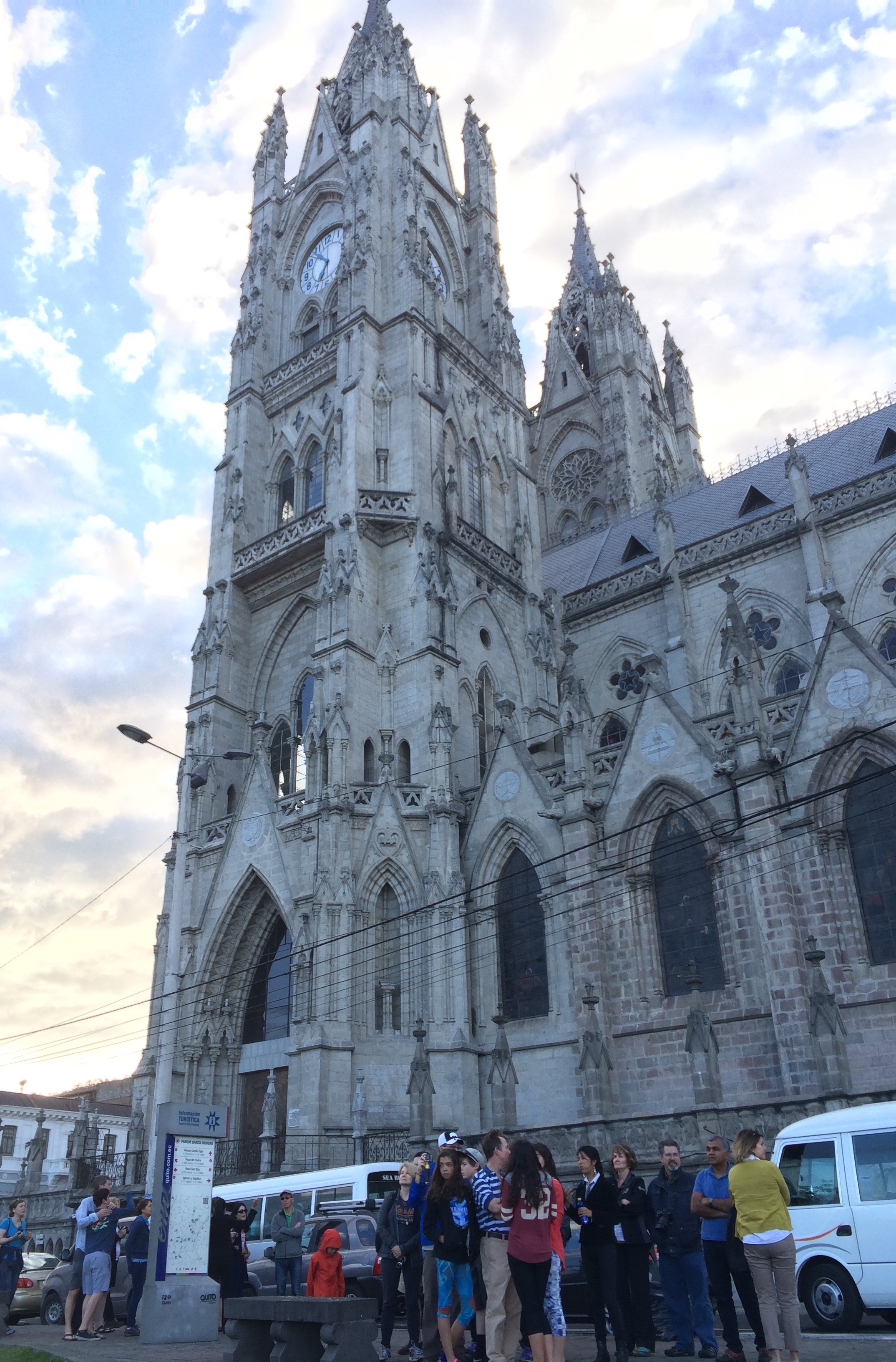 Its architecture is amazing, particularly when you examine the details. 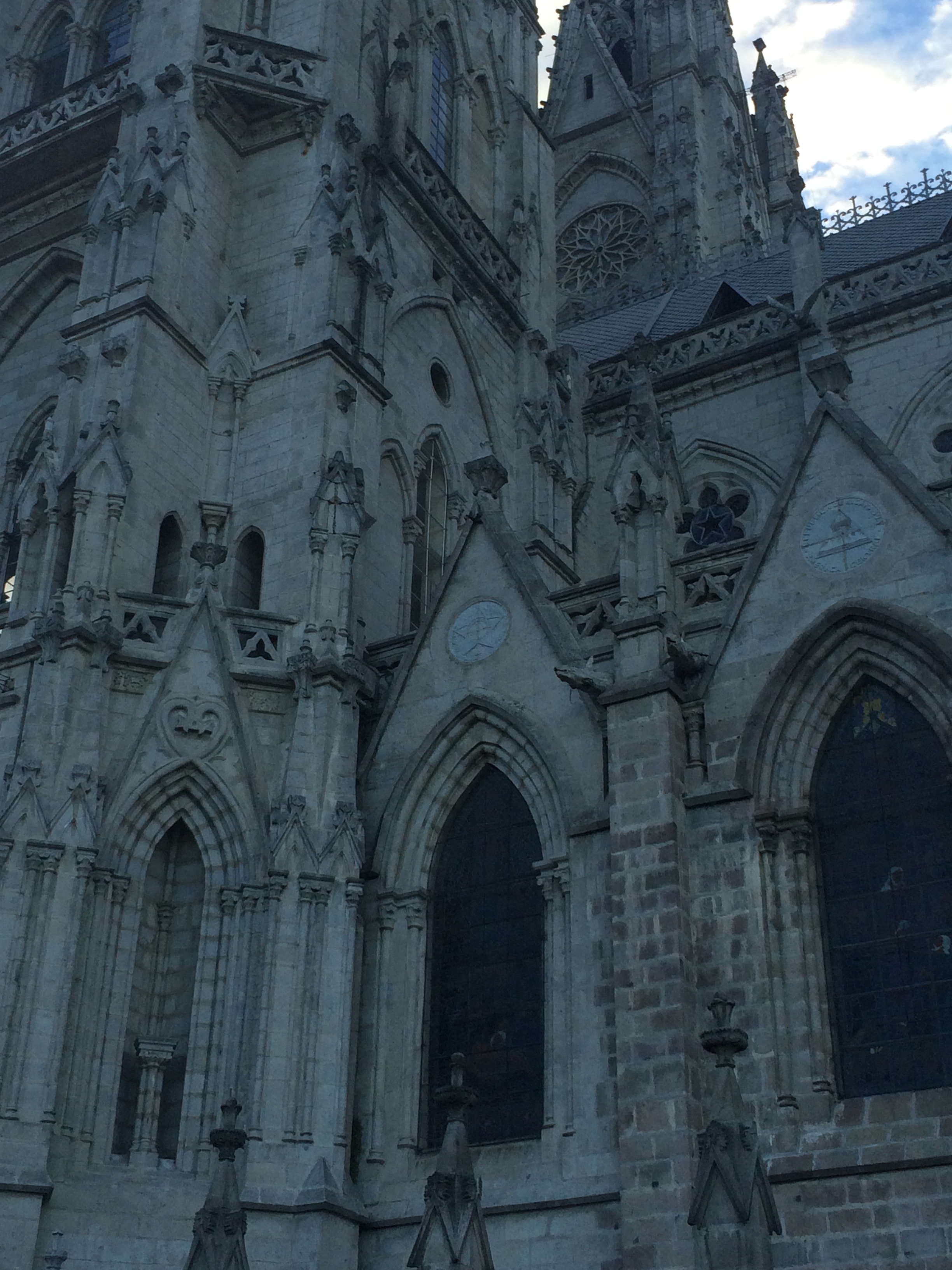 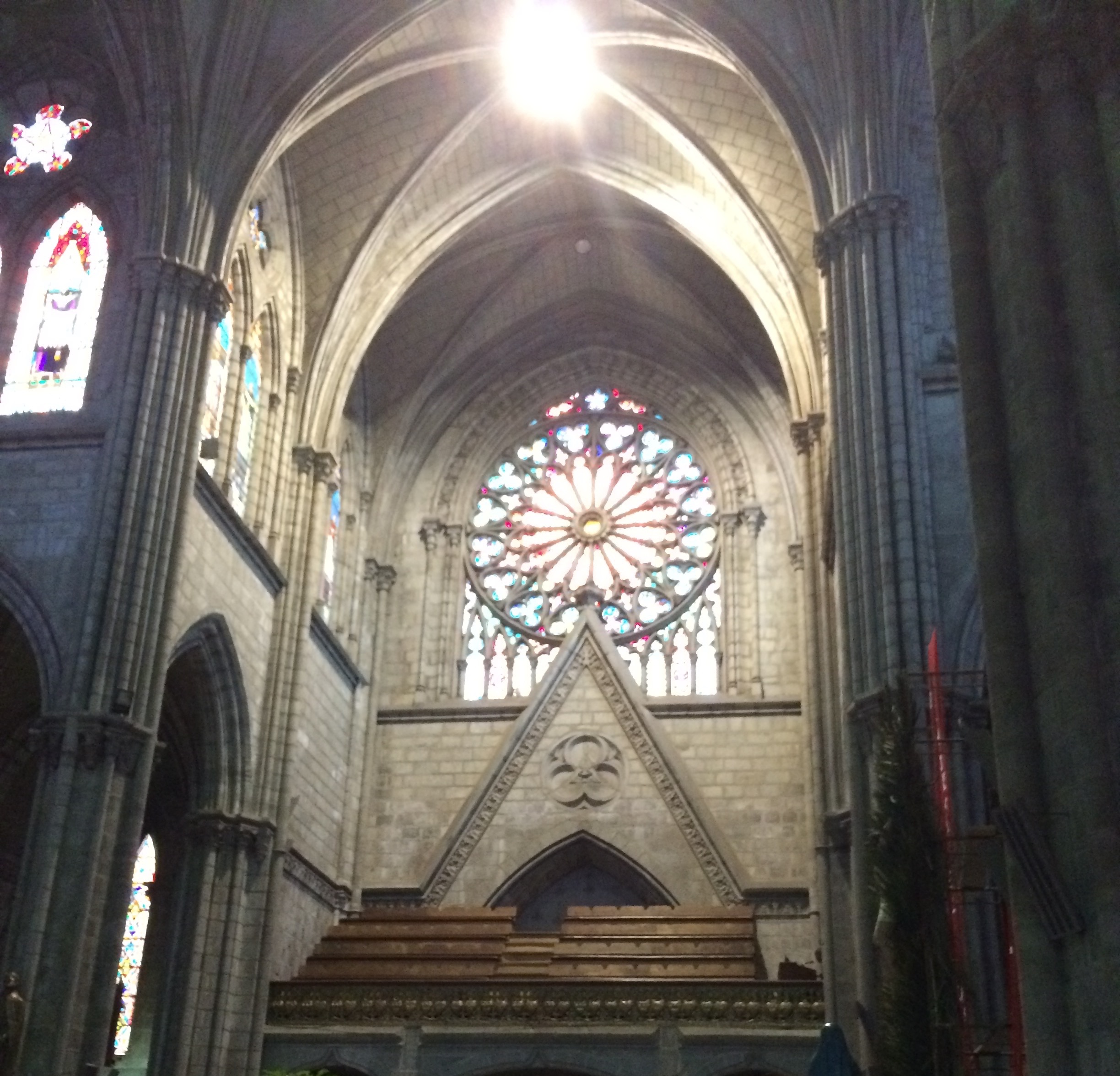 The view when lit up at night from the side. 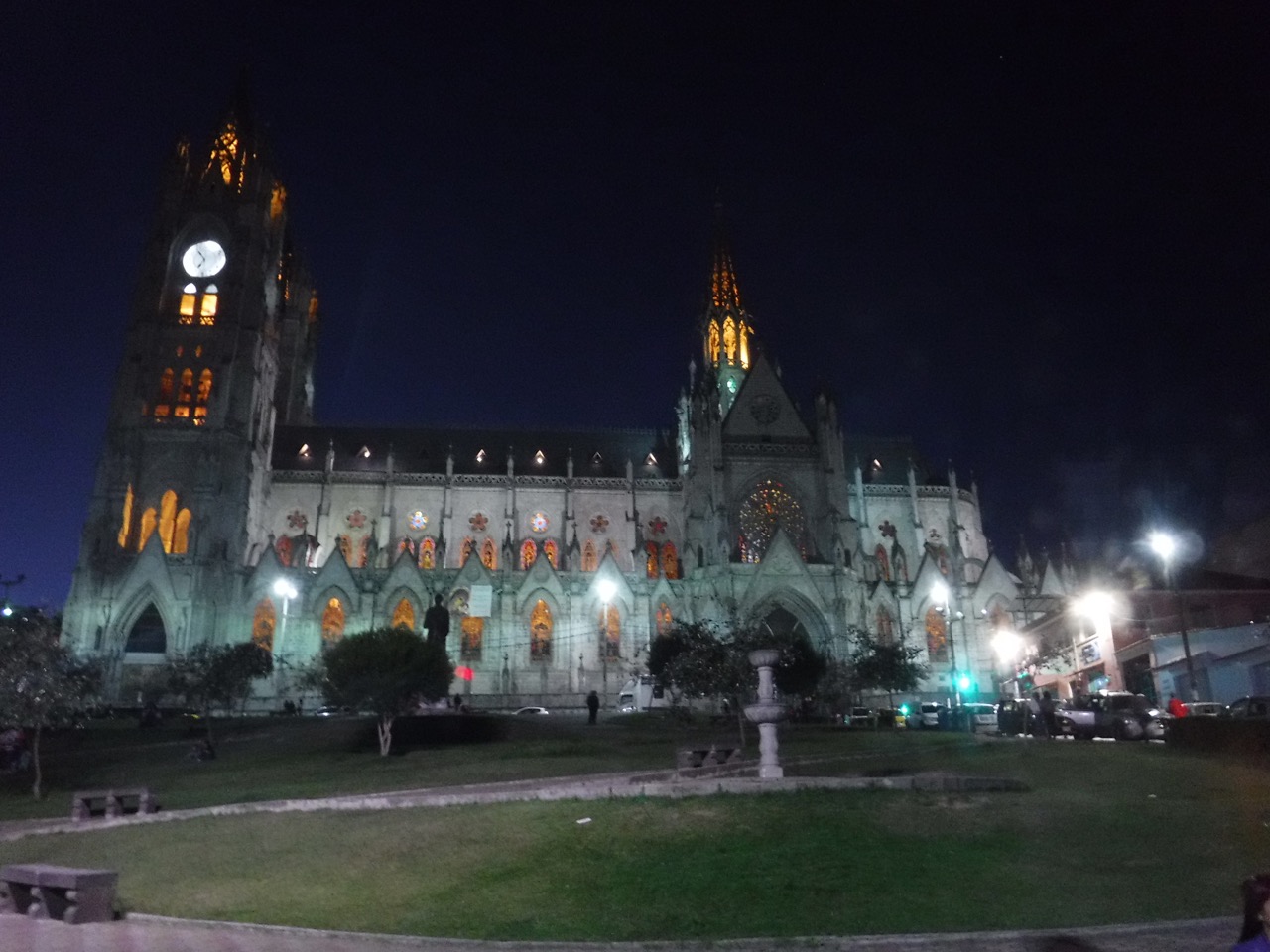 The Plaza Grande with wonderful and varied architecture… 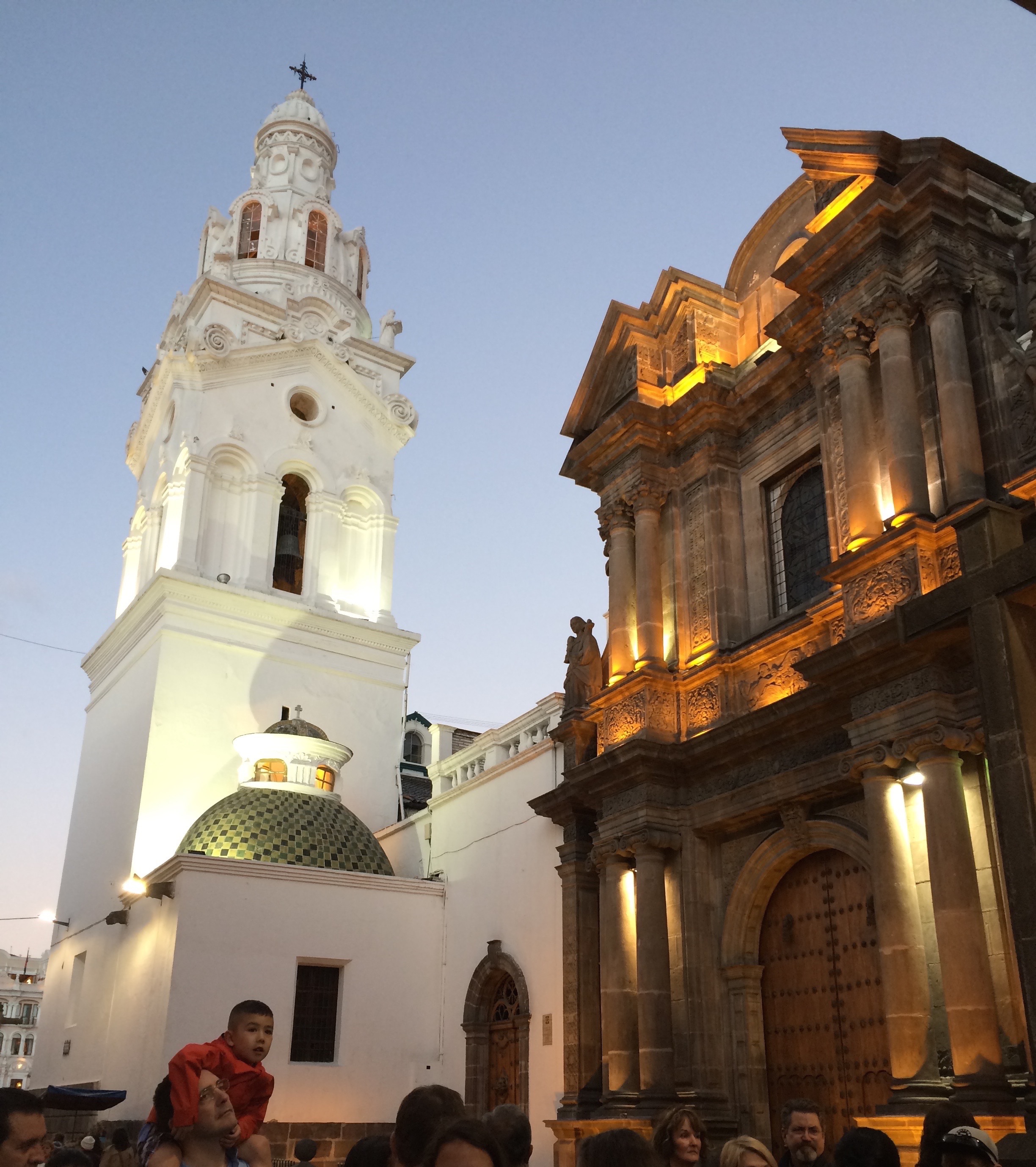 The city streets illuminated in all their glory. 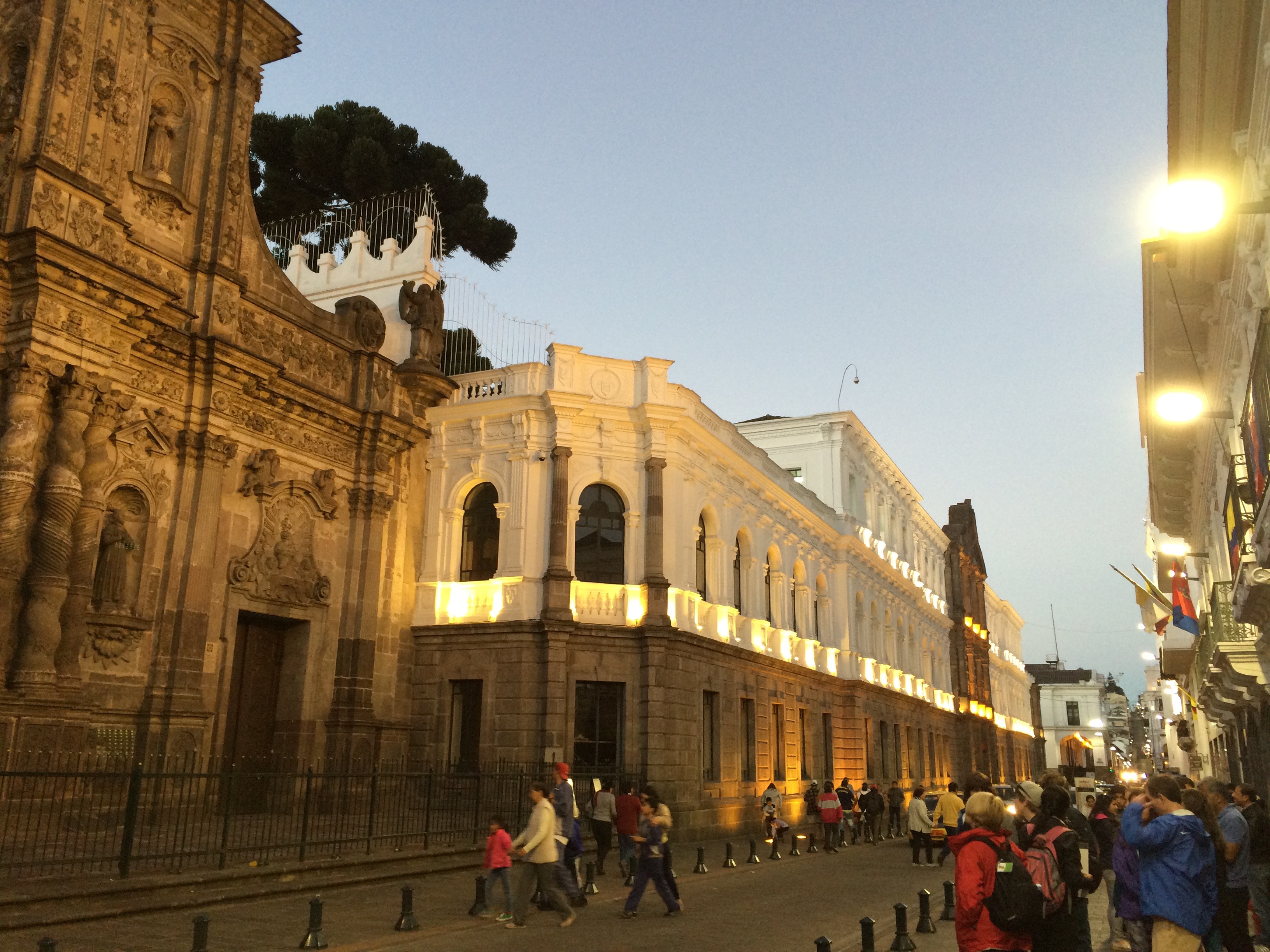 The city is surrounded by the Andes Mountains. Many of the buildings, paths, and roads are made of volcanic rock. The rocks are light gray and porous. Many of the streets are narrow and as a result one way unless you have a motorcycle which is common. A group of nuns walking by. 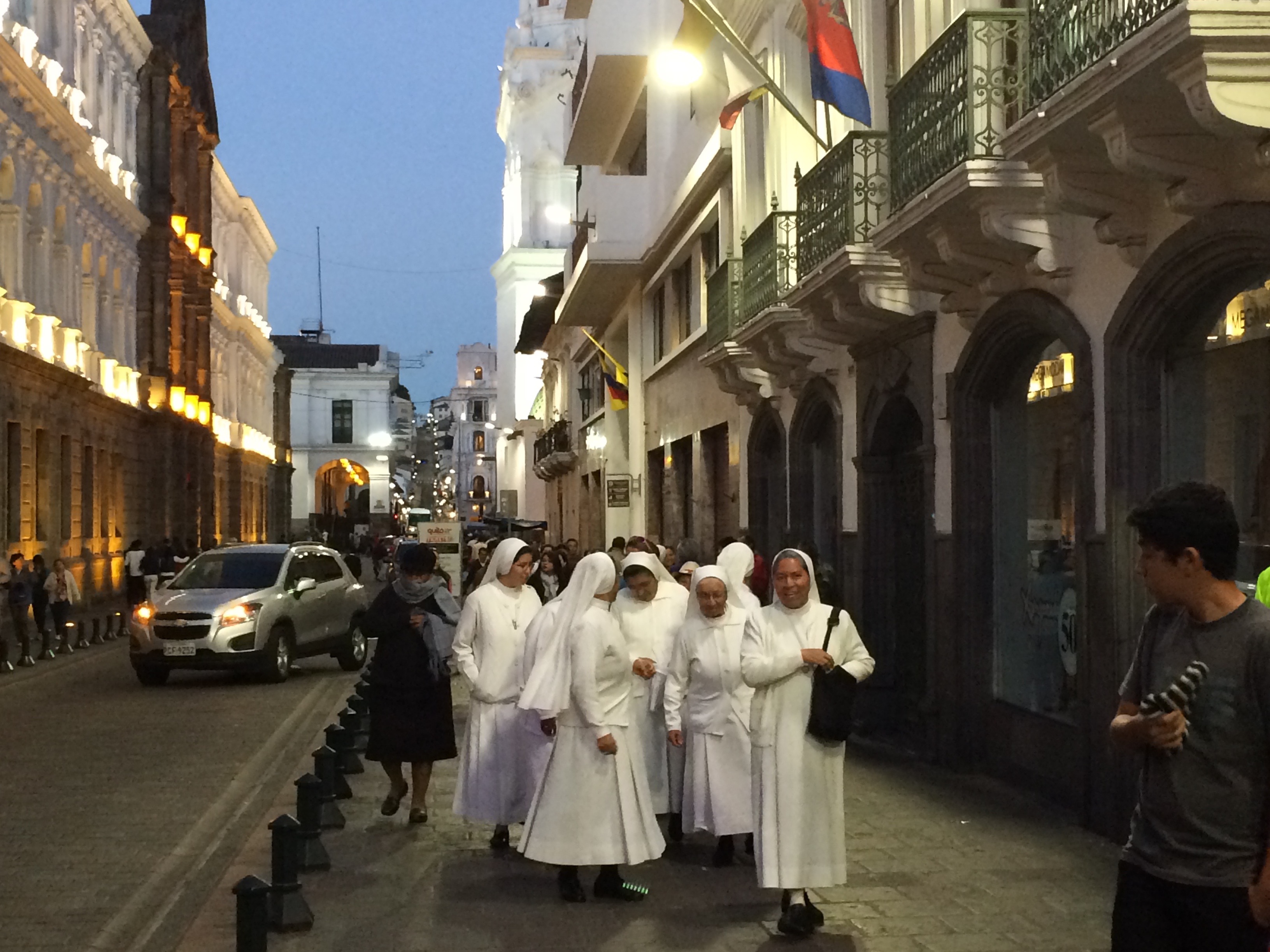 One thing we noticed on this trip is the amazing sky. Just as Tuscany in Italy is known for its light, Ecuador seems to have this spectacular sky unlike no other. Below you can see the light dappling through the clouds over the city with the mountains in the background. No matter what the weather, the sky was always amazing. 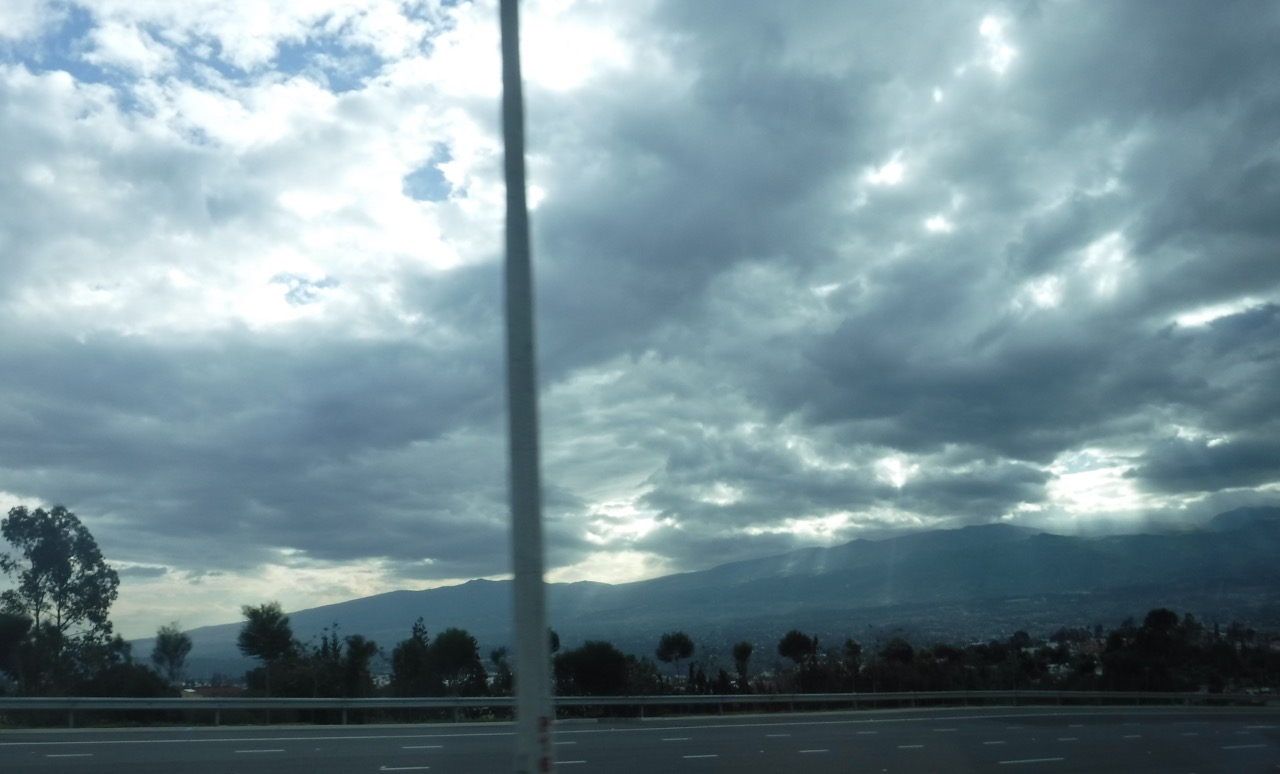 We spent the night at the pre-cruise hotel at the Quito JW Marriott.  The rooms are nice, clean, and spacious. As we have two ship cabins, we have two rooms for the evening. The cruise includes a two night stay, we elected to come just one day early. 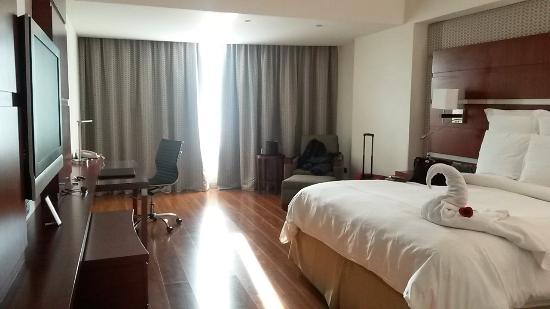 The next morning we enjoyed a lovely breakfast. The girls really liked the guavas and papayas. I chuckled as my middle child told the youngest that the grapefruit was yellow and sour, not pink and sweet like we were used to, because it there weren’t any GMOs. 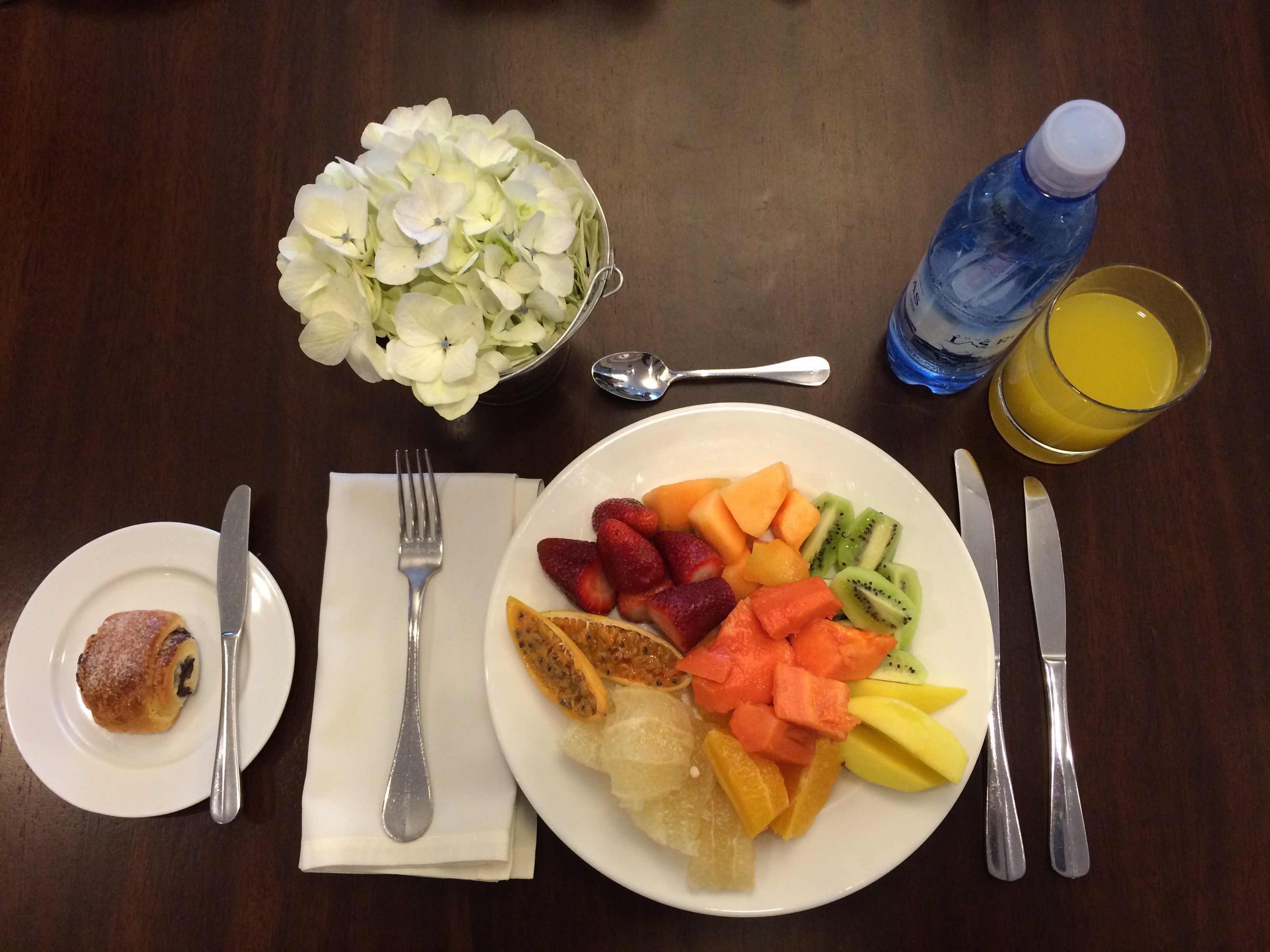 Ecuador is known for its juices. While they were available everywhere on the street, we were hesitant to try them on the streets lest we get into trouble before the trip began in ernest. To our delight our hotel also had a breakfast smoothie bar. 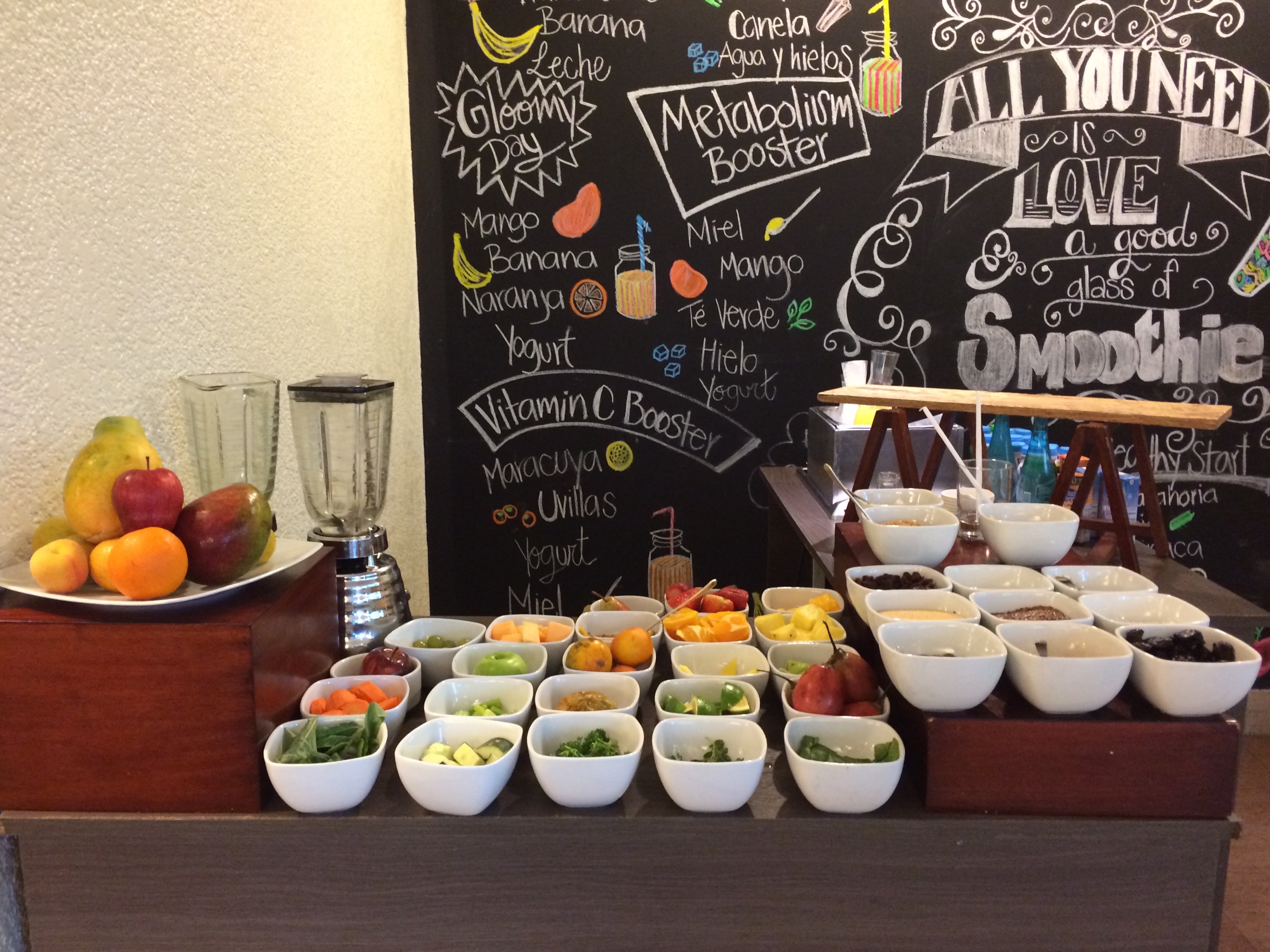 Here you could select your ingredients to make your own. You pick from an assortment of fruits, vegetables, and herbs… 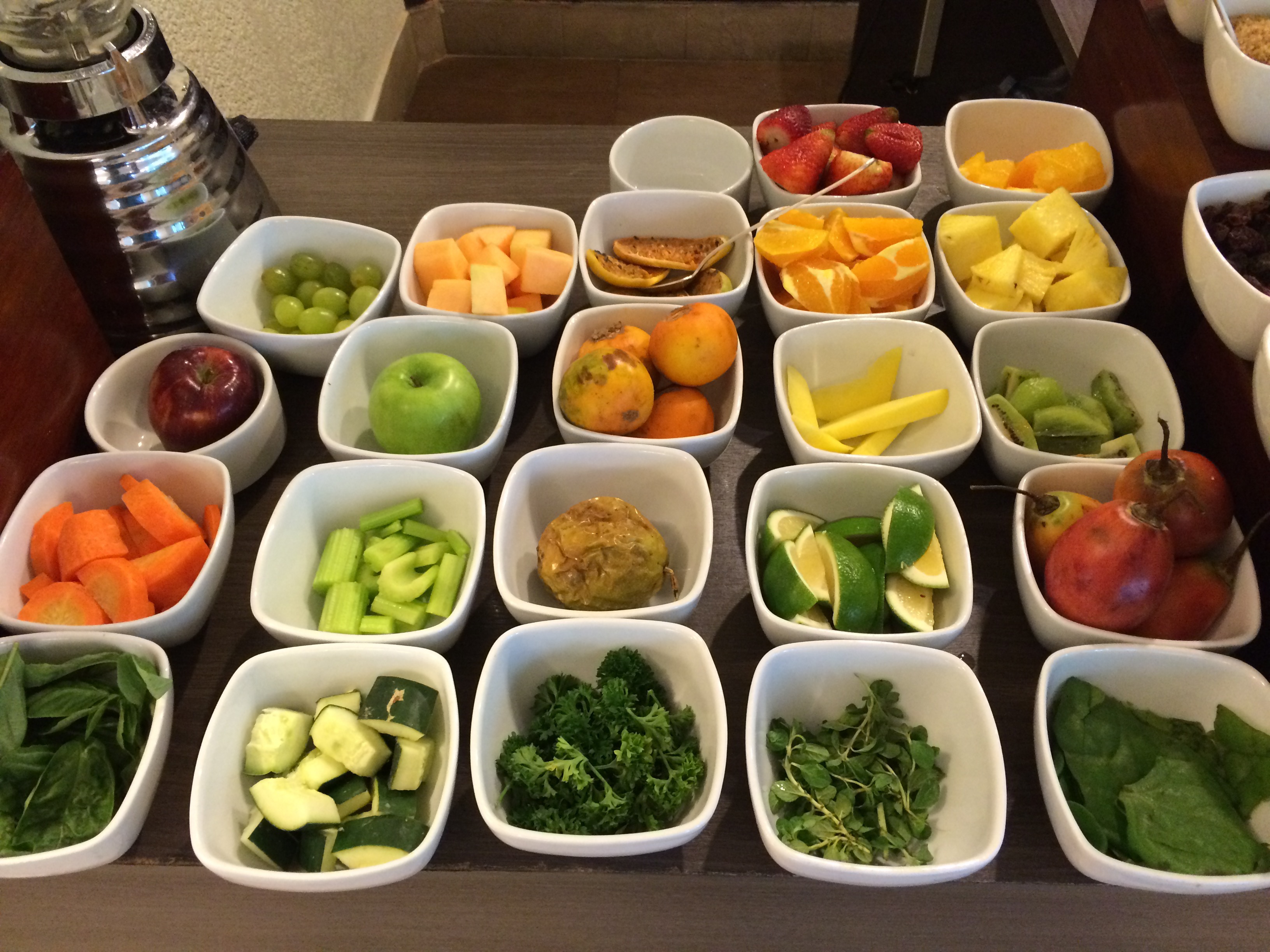 Add nuts, seeds, roots, grains, flavorings, and sweeteners of your choice. These were the aromatic spices we smelled in the Square last night… 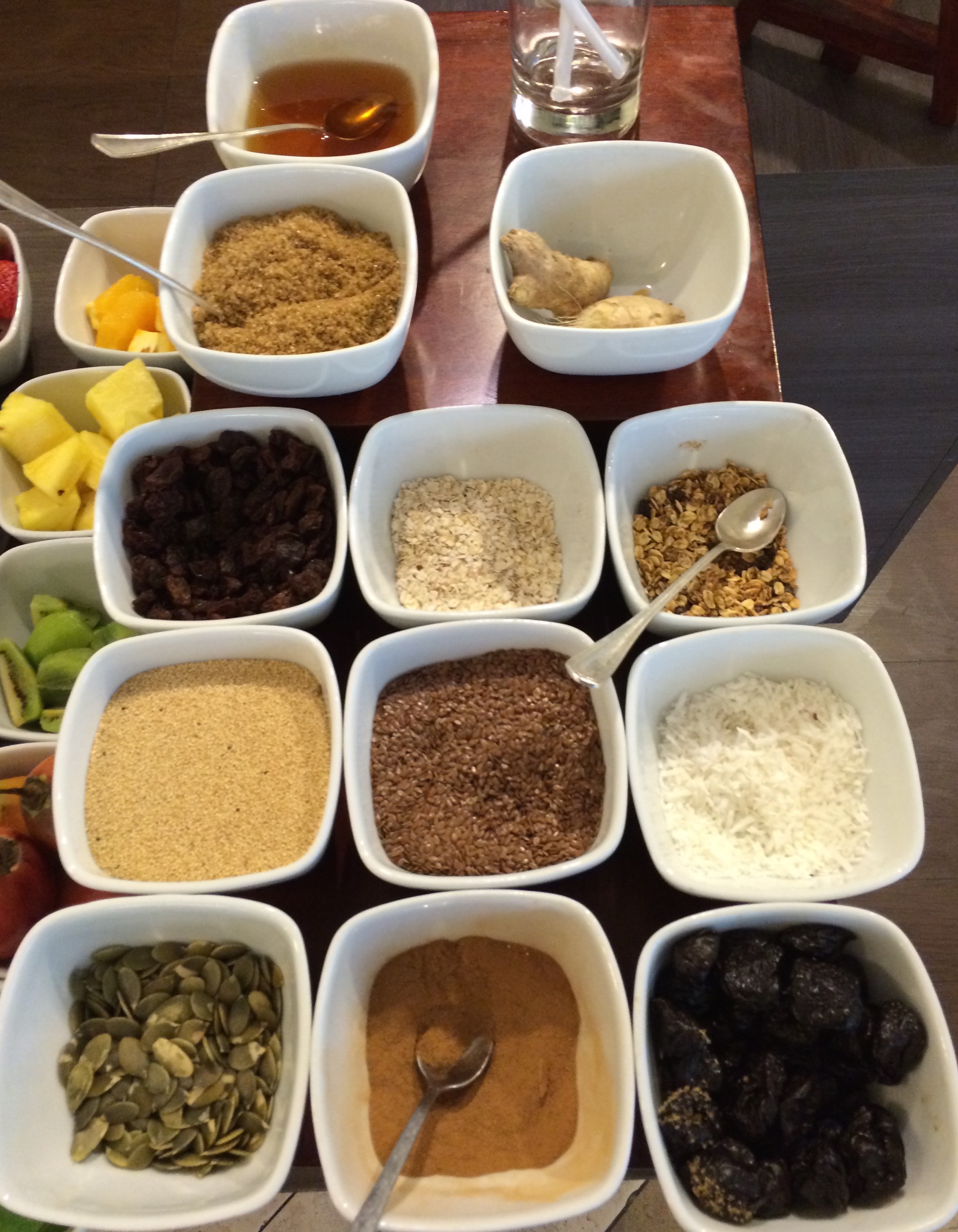 One combination that was a favorite of the locals is the watermelon orange, so I tried it. It was not a combination I would think of, but it was delicious. I will post my rendition of the recipe on a future post. 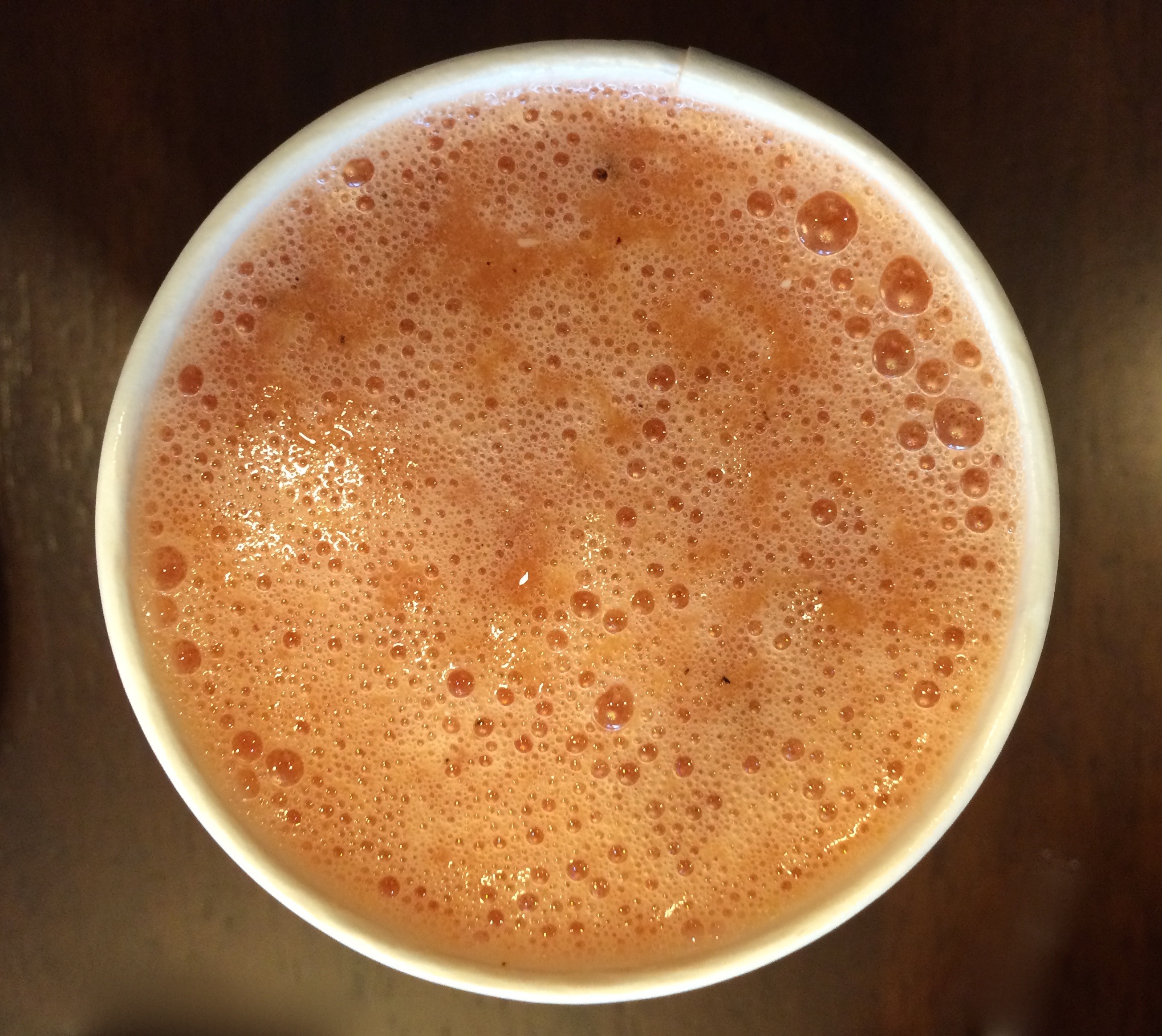 The next day we hopped on another plane to land at Baltra, Galapagos, and here the true adventure begins.

Images in addition to mine from Traveling luck, Anthony Colleti, Omar Gobbi.